Guess Who's Back. Back Again.

The Master will be returning to Doctor Who with a familiar face.

John Simm confirmed the news to the BCC saying, “Thanks to the power of time travel I’m back. It’s always a pleasure to work with this great team of people.”

Now that raises some questions about Missy’s future, but it looks as though both the Master (Simm) and Missy (Michelle Gomez) will share the screen. Time travel can get messy like that.

To celebrate the return of John Simm, here’s a look at some of my favourite one off villians from New Who that I’d love to see make a reappearance.

The Flood
The Waters Of Mars

Everyone seems so enthralled with the idea of colonizing Mars these days, but did anyone stop to think about what could be waiting there?

The Flood is a viral species capable of infecting human beings and turning them into shambling, water logged death machines. They are damn hard to kill and given that 71% of Earth’s surface is covered in water I don’t fancy humankind’s chances if The Flood ever made it to Earth.

Thankfully that didn’t happen, but a whole colony had to be destroyed to prevent The Flood from escaping!

For squishy humans like us who need water to live The Flood is a perfect villain. Not to mention if they are waterborne, who’s to say they haven’t already spread out all over the galaxy?

Vashta Nerada
Silence in the Library / Forest of the Dead

Ah, as if we needed another reason to fear the dark.

These piranhas of the air can strip a human down to the bone in seconds when they group together in large numbers. And the name literally means ‘the shadows that melt the flesh.’

One swarm managed to take out a few members of Mr Lux’s crew at The Library before The Doctor could find a way to stop them. Imagine what an even bigger collection could do. Not to mention The Doctor himself confirmed Vashta Nerada already inhabit Earth and a billion other worlds. “Where’s there’s meat, there’s Vashta Nerada.”

Who’s to say the colony on Earth hasn’t just been biding their time, growing in number and awaiting the biggest feast of their lives.

Let’s also not forget that The Doctor didn’t really defeat them, he simply bargained for the lives of the people ‘saved’ by CAL. Would he be able to talk his way out a second time?

Our fear of the unknown is almost as instinctual as our fear of the dark, and the creature on the planet Midnight played on that big time.

After the tourist tram shuts down in the middle of a treacherous journey some unseen entity begins to wreak havoc, infecting at least one passenger’s mind and forcing the others into a state of paranoia.

This creature is so deliciously intriguing because we still don’t know what it was almost ten years later. We don’t even know if it was one thing or a whole species.

Even more terrifying we don’t know if it really was destroyed at the end. The host was vaporized sure, but if the creature managed to survive on the surface of Midnight before, I have a hard time buying that a little trip out the airlock could get rid of it for good.

H.R. Giger Facehugger, part Inception, Dream Crabs pacify a person by filling their mind with happy, euphoric dreams while wrapping around their victims heads to snack on the brains within.

The scary thing here is they actually kind of make you want to give in. Either fight your way out of layer upon layer of increasingly terrifying dreams, or simply submit and go out with a smile on your face.

The idea of an unreliable narrator is always fascinating for me, and knowing that the characters are just as lost as you are is both thrilling and disconcerting. My kind of thing! 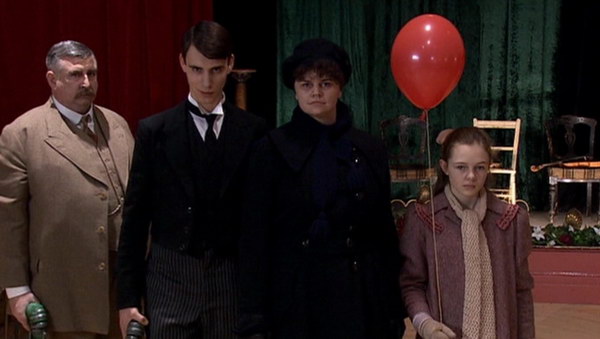 Sister of Mine
Human Nature / The Family of Blood

The Family of Blood is a group of telepathic predators hell bent on consuming the essence of a Time Lord to gain ever-lasting life. For a time The Doctor managed to evade them by taking on the guise of John Smith, an ordinary human man.

Eventually though the bill came due and he had no choice but to give them exactly what they wanted – Son of Mine is locked in time, forced to spend eternity as a scarecrow, Father of Mine will spend eons wrapped in unbreakable chains made in the heart of a dwarf star, and Mother of Mine is trapped in the event horizon of a collapsing galaxy.

But Sister of Mine is forced to spend the rest of time trapped in every mirror in existence. Son of Mine says The Doctor still visits her “once a year, every year.

That’s an awful lot of time to hold a grudge and plot your revenge. Plus living in mirrors could provide the perfect vantage to gain intel from all over the galaxy.

If she’s learned anything from her brother she’s surely come up with a fiendish and gruesome plan.

So what do you think? Did I miss a really obvious choice? What villains would you like to see come back - let me know in the comments down below! 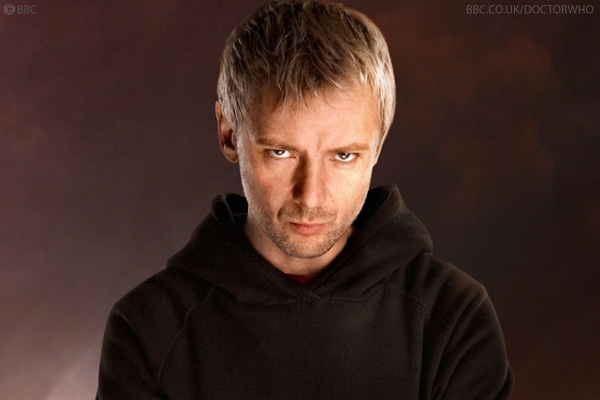