Shelby's Picks For the Video Game Hall of Fame

The Video Game Hall of Fame has announced its crop of nominees this year and there is going to be some stiff competition: Donkey Kong, Final Fantasy VII, Halo: Combat Evolved, Windows Solitaire, Mortal Kombat, Myst, Pokemon Red and Green (or Red and Blue in North America), Portal, Resident Evil, Street Fighter II, Tomb Raider, and Wii Sports are all vying for a spot in the hall.

All of these are iconic in their own ways, and I think this is a great roster. But in the end there are winners and losers – here’s my top three picks to move on to the leader board.

When Donkey Kong came out in 1981 it gave us two new characters and introduced us to the tour de force that is designer Shigeru Miyamoto. Although he wasn’t known as Mario at the time, it is also the first appearance of our favourite Koopa stomping plumber (sorry Luigi).

Miyamoto has credited this game with influencing his approach to future games like Mario Brothers. He even says it helped him to loosen up and find the fun in games instead of stressing about the physics of it all.

Sure – kids today might not find the platforming arcade cabinet as charming as everyone did in the 80s, but without Donkey Kong, there would be no Mario.

I’m a big RPG person – give me an open world populated with diverse NPCs and a top notch story and I’m on board. So it should come as no surprise that I’m a big, big Final Fantasy fan. I can remember being around 8 or 9 and my brother picking up a copy of Final Fantasy VII with his hard earned snow shovelling money. All three of us kids would gather around the warm glow of the CRT TV to watch as my oldest brother got soundly thumped by Sephiroth. This game really started my love of games. Like the Legend of Zelda, it’s one of those games I’ll go back to playing again and again and again.

And of course it launched the veritable titan that is Final Fantasy here in North America. Sure, other Final Fantasy titles preceded this one (The ‘VII’ is the clue there) but nothing stuck out quite like this before. This game alone has several anime adaptations and Square Enix even spun it off into more games like Crisis Core. With a remake in the works, it’s no surprise this game is a favourite of so many people.

It showed off the real power of the Playstation, introduced us to icons of the gaming world like Cloud Strife and Aeris, strung us along with an immersive plot, all set against the near-perfect soundtrack.

There are some games that whisk players away for hours and hours with deeply engrossing world building, a multitude of side quests, and a whole host of complex characters. Portal is not one of these games, but that’s exactly why it’s on this list.

It’s one of those games that you can thoroughly enjoy even if you aren’t a hardcore gamer willing to sink 100+ hours of your life into it. It’s relatively short, endlessly fun, and will challenge your problem solving ability. I know many very staunch ‘non gamers’ who love Portal thanks to its humour, wit, and superb storytelling prowess.

The game has even become a kind of gaming icon in the pop culture world. You may know the phrase ‘the cake is a lie’ even if you’ve never played Portal. And of course even though she’s devising numerous different horrific ways to off you, you still kind of look forward to hearing from GLaDOS just to find what she’s going to say next.

It may not stand the test of time in the years to come like some of these other games have, and it hasn’t spawned double digit sequels, but it is a charming addition that shows off how a simple concept can make a real impact.

Honestly, narrowing it down to these three was really tough! I could go on and on about Pokemon, Tomb Raider, and Master Chief is practically synonymous with gaming these days. Let me know what your top picks are in the comments down below! 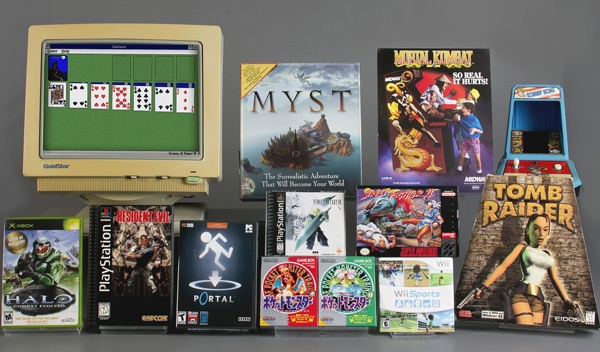