Why It's High Time For An R Rated Wolverine

Hugh Jackman is stepping back into the claws of Wolverine for the ninth (and quite possibly final) time for .

This newest instalment of Wolverine’s journey promises to be gritty, dark, and violent – all set in pre-apocalyptic-esque back drop where mutant children are hunted. For fans of the character, the R rated film holds a lot of promise, but some people aren’t sold on a super violent take on the berserker.

I say bring it on.

I’ve been an X-Men franchise fan for a long, long time and the comics have never been shy about tackling complex, mature issues. There’s drug use, terrorism, and decapitation; and that’s just in Planet X! ’s backstory alone is rife with loss, crushing loneliness, and a good deal of blood and viscera. And let’s be frank – he’s not a nice man. He’s a man fighting down an almost uncontrollable rage, so it’s no surprise the character was tapped for an R rated experience.

Given the overwhelming success of Deadpool, I’m glad the studios had enough faith to trust director James Mangold to inject just enough gore without turning this into some kind of over the top slash fest. Superhero movies are not solely the realm of children, nor do I think they should be. There are so many great stories touching on really heavy topics. On the surface it might be a plucky group of mutants out to save the world, but scratch the surface and those stories stand for tough, real world questions we’re dealing with in the real world today.

And that’s just the thing – from the looks of things the violence in the movie isn’t done just for the sake of gratuitous violence. Through the course of the film the blood on ’s hands haunts him. Many reviews say the movie asks important questions about death, especially under the guise of a ‘righteous cause.’

Overall I’m for it – we’ve had the PG13 Wolverine, and I’m ready to see him unleashed.

Logan is in theatres today. 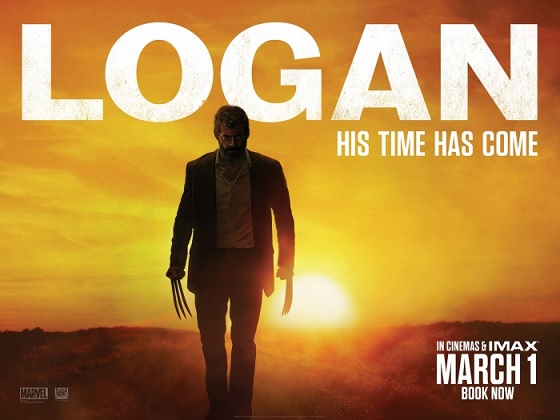