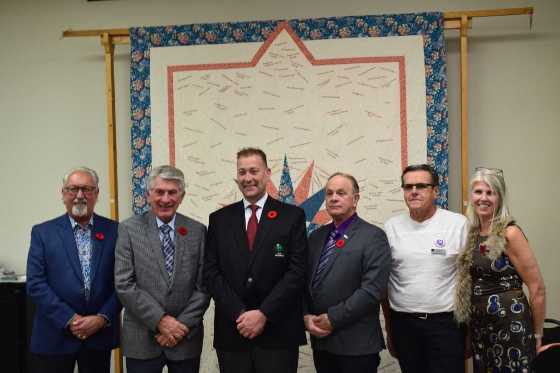 It was a packed house at the 20th anniversary of the South Gate Centre in Woodstock yesterday. Local dignitaries were on hand to provide remarks including MP Dave Mackenzie, Warden Larry Martin and Mayor Trevor Birtch.

WOODSTOCK - It was standing room only for the 20th anniversary of the South Gate Centre in Woodstock yesterday afternoon.

Those in attendance got to enjoy some cake and live performances from the South Gate Musicares, Line Dancers, Ukulele's and the Fitness Team.  Co-Chair of the South Gate Board of Directors David Hilderley says it was great to see so many people come out and celebrate 20 years of the South Gate Centre.

"The biggest thing for us, is it is an opportunity for fellowship for so many of our seniors, who get to come out here, they might have lunch, they are sitting in the coffee area, they might be playing pool. A lot of the folks get into the line dancing, they have so many exercise opportunities, it's good, not only for the mind and the soul but it is good for the body as well."

"We are hopeful that we will get City Council support to go ahead with a capital expansion, which basically is going to double the size of our facility, but it is going to offer, not only larger programming areas, but more differentiated programming rooms and facilities. Still the strongest push is for socialization areas, where people can gather and chat and share their life."

The proposed expansion would be at the same location at Southside Park. Hilderley says it would double the size of the Centre.

"It will be pushed out towards the south, it will double the size, we will increase the parking, because we will need to do that for our increase in terms of membership. It will also provide a much bigger kitchen, with bigger and better equipment. Our business model is based our opportunity to do weddings, do special events and cater, so that is basically how we generate our income."

They are expecting a decision from City Council on the capital expense by December 12th. 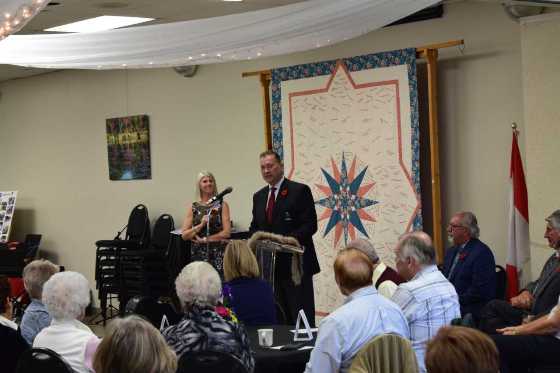 Woodstock Mayor Trevor Birtch provides greetings and congratulations from The City of Woodstock. 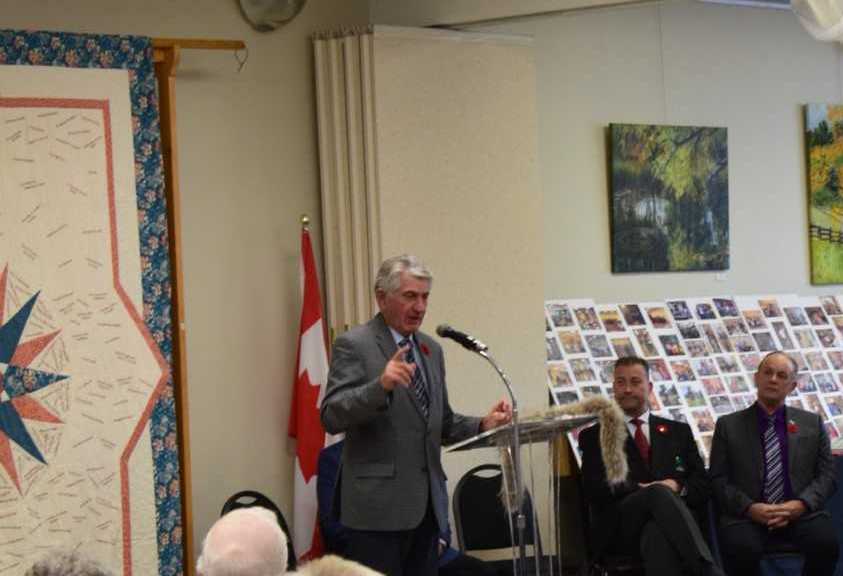 MP Dave Mackenzie addressing the crowd at the celebrations.