Briefs include an act of mischief, a blue globe that was stolen, a break and enter and a stolen chainsaw.

INGERSOLL - Oxford County OPP are investigating a theft that occurred at a home on Cross Street in Ingersoll.

Police received a call on Thursday at approximately 11:27 a.m. when the unknown suspects arrived at the home early in morning and stole a blue globe from the front garden.

The globe has sentimental value and police say the owner would greatly appreciate it being returned. 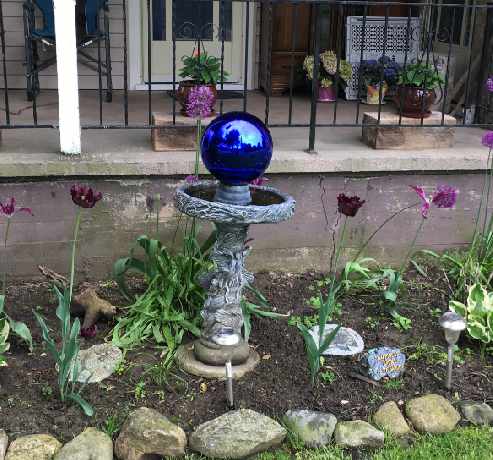 BLANDFORD-BLENHEIM - Police are looking for suspects involved in a break and enter on Applewood Street in Blandford-Blenheim.

Oxford County OPP received a call at approximately 9:21 a.m. on Thursday after they learned the unknown suspects broke into the home between August 29th and September 5th, which is currently under construction.

Once inside they stole a furnace, which is a grey Trane 40,000 BTU with gas fired heating and a cooling unit valued at approximately $3,500.

INGERSOLL - Oxford County OPP are investigating an act of mischief at a home in Ingersoll, located on North Town Line East.

The unknown suspects went to the home early Thursday morning and damaged two cars parked on the driveway.

The driver's side tire from the first vehicle was slashed, while the second vehicle's passenger side had paint damaged.

The investigation is ongoing.

TILLSONBURG - Police are looking for help from the public after a chainsaw was stolen from a home on John Street in Tillsonburg.

OPP received a call at approximately 9:37 a.m. on Thursday when the unknown suspects stole the chainsaw that had been left outside by the owner.

Police are continuing to investigate and if anyone has any information they are being asked to contact the Oxford County OPP at 1-888-310-1122.