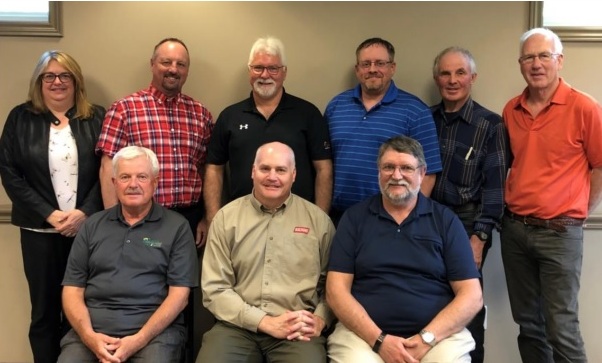 A new Board of Directors has been selected to guide the Rural Oxford Economic Development Corporation.

WOODSTOCK - The Rural Oxford Economic Development Corporation has elected a new Board of Directors.

The new Directors were voted in to replace a number of inaugural members who have now retired or completed their term. Other changes include a shift in staffing. Bernia Wheaton, who has been the Economic Development Officer since the creation of ROEDC in 2014, has taken on a new part time role with ROEDC as a Strategic Advisor supporting key developments. Nancy Orr, who has been involved with Rural Oxford over several years, leading the implementation of the Buy Close By program and the recent Business Retention and Expansion Study, joins the team filling in the operational side of the Economic Development role. Orr has a broad background in business both in large industry and sole proprietorship, as well as the economic development sector.

Orr says she is excited to build on the foundation laid by Bernia and the previous Board, building strong, vibrant, caring communities where people and business can prosper.

"We are there to actually promote and help sustain the rural business community, building a place where people and businesses can thrive in rural Oxford."

The new members of the board are as follows.

Our Board, representing the Rural Oxford municipalities and businesses, are committed to helping businesses and people thrive:

Orr says they are also really grateful for the efforts of our retiring board members who include: Don McKay (Past Chair), Margaret Lupton, Larry Martin, and Lanette Robertson.