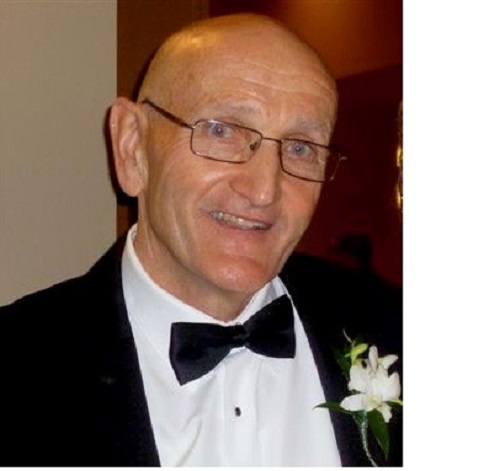 St. Marys High School held a virtual ceremony this week to honour a former Principal by naming the gymnasium after him.

The school has also decided to name the gymnasium after Mike McMahon, who was the Principal for 14 years. Athletic Director Pat Sloan says McMahon has always been a huge advocate for athletics.

"Mike was instrumental from the old school, which is currently Holy Family, to the new school, as you know it, up on the hill beside the complex. One of the things Mike always stressed was the importance athletics, as a means of engaging kids and learning. Mike himself often would say he wouldn't have gotten through school without athletics."

Sloan says the virtual ceremony was a great moment for the school.

"All the people involved had worked with Mike in one capacity or another, it was such a great moment, knowing how much athletics and how much St. Marys meant to Mike, he really poured his heart and soul into the school while he was principal and even afterwards, he always wanted to know what was going on with the athletics at the school."

During his tenure McMahon was involved with the following:

- Oversaw the transition adding grade 11 and 12 and the first Secondary graduating class at St. Mary’s in 1987

- Lead the move from the former St. Mary’s High school (currently Holy Family elementary) to the planning and construction of the current school located on Juliana Drive in 1996.

- As principal, Mike guided the school from a population of 200+ students to the largest high school in Oxford county (approx. 1200 students)

- Avid promoter of high school sports - throughout his career he coached wrestling, and football winning the Oxford Elgin Championship in 1996

- Was instrumental in the formation of several sports programs at the school. Wrestling, football, Hockey, cheerleading, etc.)