The Ingersoll Museum To Host A Royal Tea 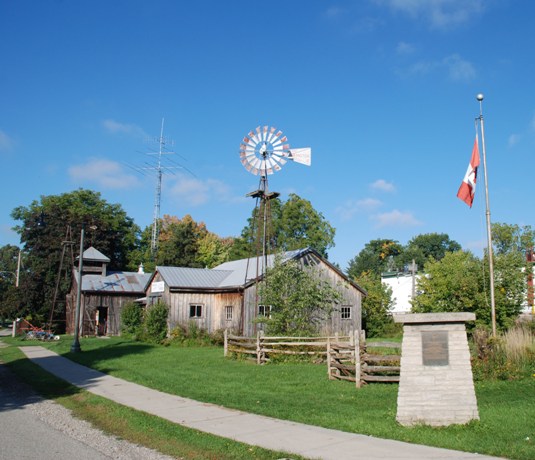 The Ingersoll Museum is hosting a Royal Tea in celebration of the 80th anniversary of the Royal Tour of Canada.

INGERSOLL - In honour of the first Royal Tour of Canada, the Ingersoll Museum is putting on a Royal Tea for the community.

The event celebrates the 80th anniversary of the first Royal Tour of Canada by a reigning monarch, when King George VI and Queen Elizabeth came here in 1939.

Curator Scott Gillies explains when they first arrived in Canada, which began in Quebec City.

"In 1939, King George the VI and his beautiful wife Elizabeth made the first official visit as a reigning monarch to the country of Canada. They arrived in Quebec City and then they travelled out west, and then on their journey back east they were in London and they came to Ingersoll on June 7th. They stopped the train, got out and met with some of the local officials, some of the veterans of the first World War, the Ingersoll Pipe Band performed for them. And numerous children were in attendance, the reports are that there were 10,000 people who came to Ingersoll to witness this particular event."

Gillies says there is memorabilia inside of the museum related to the Royal Family. He says it is only fitting they hold an event in honour of their historic venture.

"We have a number of items in the museum's collection that relate to royalty, in some cases to this particular event. We even have a section of the original red carpet that was created for the royal couple to walk on. The town had to buy it and then in order to recover their costs, they sold it off in small pieces so that's part of our collection. We have special armbands issued for special event constabulary and so on. And so it seems that over the years there have been a number of monarchists that have lived in Ingersoll so they have collected various bits of memorabilia related to the Royal Family, so it seems to be something that appeals to the public."

The public can enjoy dainties and sweets while learning about the reigning monarch's first official visit to Canada. The Olde Bakery Cafe will be catering the event and the antique team cups will be provided by the Oxford Manor Retirement Residence.

The event will also commemorate the newest member of the Royal Family, Archie Harrison Mountbatten-Windsor.

"We'll acknowledge the birth of the young lad and perhaps have a special toast and maybe sing happy birthday to him."

There a re a limited amount of tickets available. They cost $15 per person and can either picked up at the museum or at the Lesser Brothers Jewellers. Tickets can also be reserved by contacting the museum by calling 519-485-5510.