TVDSB Included in One Day Strike Happening on Wednesday 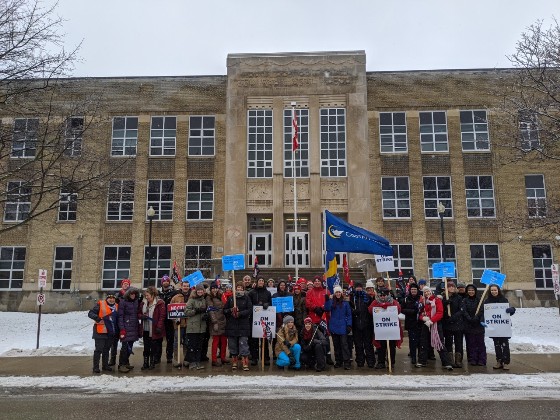 OSSTF members will be doing another one day strike on Wednesday at 10 school boards across the Province, including the TVDSB.

OSSTF members at 10 school boards in the Province will be included in the one day strike, including Thames Valley District School Board. All TVDSB high schools will be closed for the day if a deal is not reached before midnight Tuesday.

“Since our last bargaining date on Tuesday, December 3, we have seen no change in the minister of education’s agenda of increasing class sizes, forcing e-learning on our high school students, and continuing the funding cuts that take valuable support staff and services out of our schools.”

Ontario Minister of Education Stephen Lecce says the issue has more to do with wages and salaries.

"Union leadership has made clear they will strike again unless we accept their demand for a $1.5 billion increase in compensation, which includes pay and benefits. We value teachers and their commitment to our students. However, OSSTF teachers on average make over $92,000 per year and are the second highest paid in the nation."

The complete of school boards taking part in the December 18th strike are listed below.

The one day strike will also impact French language elementary schools where some of the workers are represented by the OSSTF.