3 Teams in the Finals 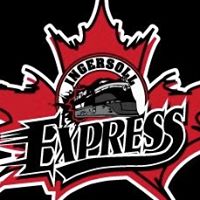 Ingersoll Express Minor Hockey has 3 teams in the OMHA finals

INGERSOLL - Ingersoll Express Minor Hockey Association has 3 teams that are all in the OMHA finals. Atom rep, PeeWee rep and Bantam rep are all battling to bring home the championship titles in the B division.

The Atom rep starts its final playdown series on Saturday, March 21 at 5pm vs Kincardine Kinucks. Their game #3 will be on March 26 at 7pm in Ingersoll and if necessary, game #5 on March 29 at 6pm in Ingersoll.
The PeeWee rep team have game #3 and #4 this weekend in Ingersoll. They host the Highland Storm from Haliburton.  Game #3 will be on Saturday, March 21 6:30pm and game #4 will be on Sunday, March 22 at 9:30am.
The Bantam rep team also play against Haliburton's Highland Storm this weekend.  Game #3 on Saturday, March 21 at 8pm and if necessary game #4 on Sunday, march 22 at 11am.
So a triple header on Saturday, 5pm for the Atom rep, 6:30 for the PeeWee rep and 8pm for the Bantam rep teams.
This is really exciting news for the Ingersoll Express Minor Hockey Association, we potentially have 3 teams that can win the "B" OMHA championship this month!!!
Article submitted by : Janet Freeman - mother of a player on the peewee rep team