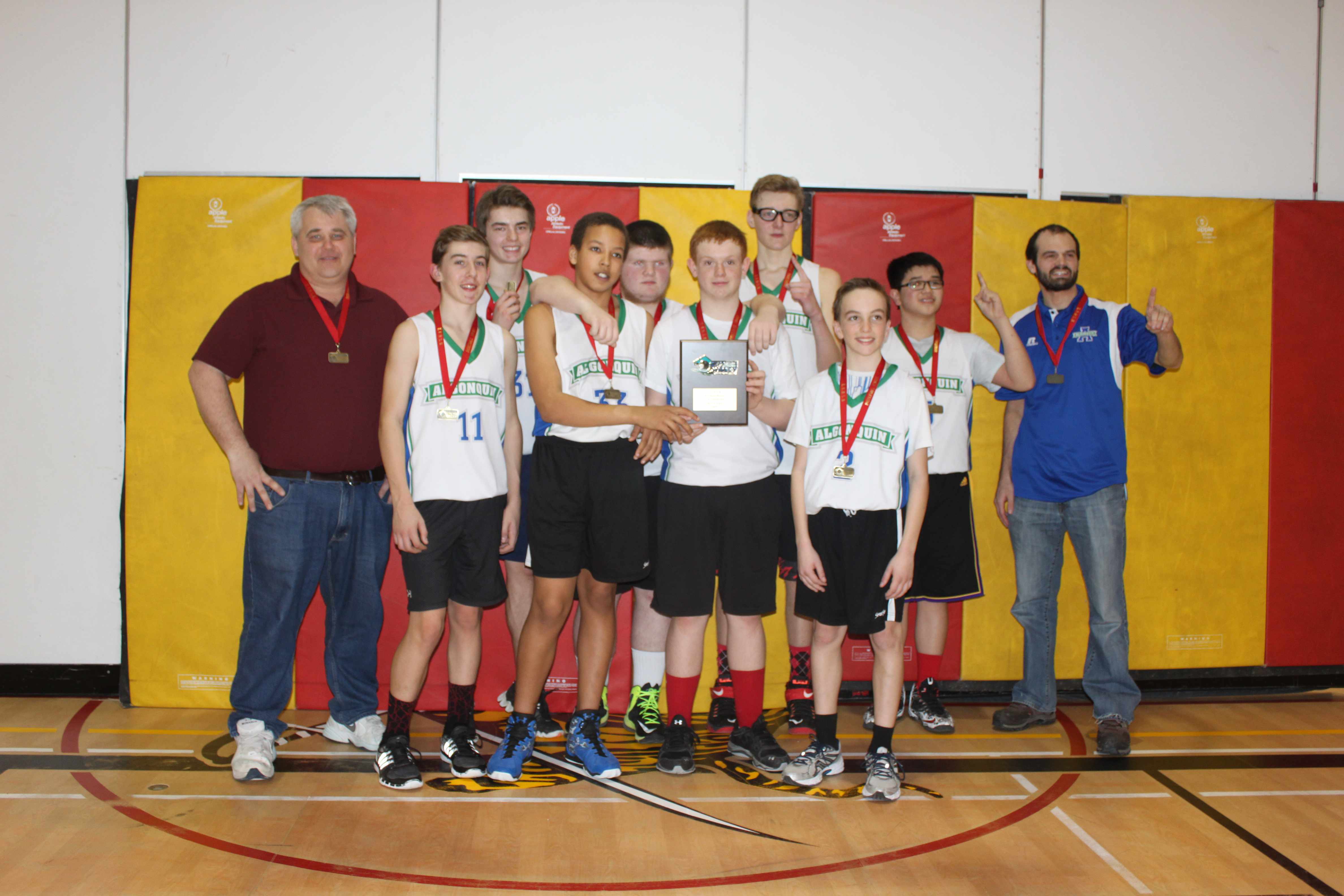 On March 6 and 7, Algonquin's Boys' basketball team made their 13th consecutive appearance in the Thames Valley District School Board final tournament.

The tournament is hosted by the Board at various high school venues and invite the top teams from the District. After defeating both Emily Carr and Northridge schools from London, Algonquin tipped off against a strong team from White Oaks PS.

In a final game where the lead switched hands several times, Algonquin's squad skillfully and patiently defended a slim 5 point margin.  In a final score of 33-28, the Algonquin boys' team secured gold and took the top spot in the AAA Division.

The victory joins a winning tradition of Algonquin Boys' teams who have medaled at the TVDSB Championship over the years - - 4 Bronze, 1 Silver, and now 2 Gold.