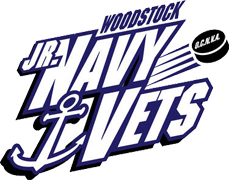 LONDON - The Minor Atom Jr Navy Vets had a successful weekend in London.

The team participated in the 43rd Annual London SSE Wild Hockey Tournament with 100 teams and over 17 divisions competing in the three-day event.

The Jr Vets were entered in to the Minor Atom Rep division.

In round robin action, the boys tied their first game 2-2 against the London Jr Mustangs.  On Saturday, they crushed the Sarnia Sting 8-1 and later dominated again, this time against the Goulding Park Rangers.  The Jr Vets finished the round robin in 1st place with a record of 2 wins and 1 tie.

The semi-final game saw them facing off against Goulding again, this time shutting out the Park Rangers 6-0, advancing them to the championship game where they edged the Jr Mustangs 2-1 to take top spot at the tournament.

All 17 boys on the Woodstock Minor Atom Navy Vets were awarded the tournament MVP award as the weekend championship was a complete team effort. 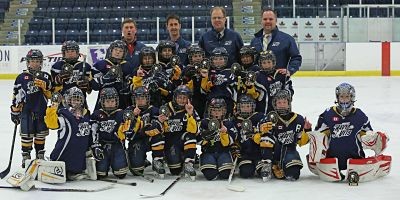