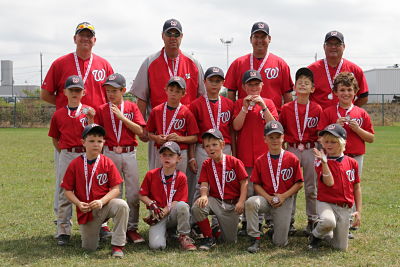 WOODSTOCK -- The Woodstock Rookie Wranglers had a great weekend at the Provincial Championships in Chatham.

The boys went 4-and-1 during the round robin.  Friday afternoon, the Wranglers opened the tournament with a 4-2 victory over St Thomas.  Saturday, Woodstock destroyed La Salle 12-1 before they were handed a 5-3 loss to Welland.

Sunday, La Salle battled hard in their rematch against the Wranglers but Woodstock was victorious with a close 12-11 win.  The boys then faced Georgetown where they walked away with the 9-7 victory.

In the championship finals, it was Georgetown and Woodstock once again where the Wranglers had a tough game, losing 11-2.