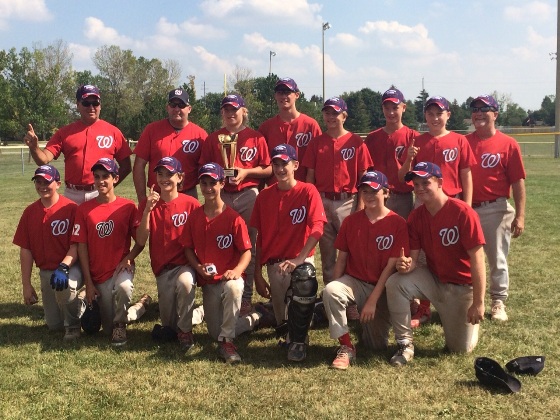 WOODSTOCK - It was a great weekend for Woodstock Wranglers Baseball at the Ontario Baseball Association championships.

Houle says the boys win a ring just like the pros and it is a huge deal to win the Provincials.

"It means that in your category you are the best in Ontario in your age category, so it is a prestigious award and the kids get rings just like in the NFL or the MLB and it is very special to them as 14 year old's and they get a cap indicating they are the Provincial winners, so it's very special for the kids."

It was also a great weekend for one family who had boys on both the Mosquito and Minor Bantam teams. Another Wranglers team, the Major Peewee's almost won a title as well, losing in the championship game.