Review: Beauty and the Beast Enchants

It’s one of the most highly anticipated movies of 2017 so far – Beauty and the Beast smashed the North American box office in its opening weekend bringing in $170 million.

So naturally, being the Disney-phile that I am, I was one of the first people in line.

Alan Menken and Tim Rice have really outdone themselves. The new music blends in so seamlessly with all your favourites from the original 1991 film, and in some cases those classic songs get a bit of a boost thanks to unused lyrics from the great late Howard Ashman – Gaston in particular gets to pull on those brand new tidbits that didn’t make the original cut. It gives you something new and unexpected to look forward to all while keeping with the spirit of the music you fell in love with more than 20 years ago.

The stand out new song for me was undoubtedly Evermore, the Beast’s heart wrenching ballad. In fact, it’s been stuck in my head since I saw the movie. It borrows a little bit of the feeling from the stage show as the Beast’s voice slowly and subtly becomes more and more human as the song progresses. For someone who hasn’t had to do a whole lot of singing in his professional career, Dan Stevens shows a lot of promise.

Which brings me to my next point

Hands down, Josh Gad as LeFou was my favourite. He brings a sense of realism and believability to a role that was largely nothing more than a running gag in the original. LeFou has his own character progression, he has wants and needs, and Josh Gad blends this together with exceptional comedic timing. There’s no doubt why Gad earned that Tony Nomination for The Book of Mormon – he completely steals the show with his rendition of Gaston.

And oh what a guy that Gaston! Luke Evans steps into the red coat and gives his all as the heavy on brawn, light on brain villain. He’s slippery, and a little more devious than the original. Another actor with an impressive musical pedigree in ’s - when he leads the mob up to the Beast’s castle, I could feel my heart racing. What a performance!

Dan Stevens as the Beast is also mighty impressive, especially given the fact he was weighed down with a 40 lbs muscle suit and wearing stilts for most of his performance. Pulling off the ballroom dance alone must have been a monumental undertaking. He’s vicious, charming, and at times dangerous – not unlike his character is Legion. He brings far more humour to Beast than I remember in the original, and it’s easy to see how Belle would fall for him.

Emma Watson actually gave one of my least favourite performances in the movie – she felt at times tepid, but that could easily be accounted for by my love of the original portrayal.

Overall the actors managed to capture the spirit of the original cartoon, while still finding ways to ground their characters in reality. They felt like believable people instead of just caricatures of traditional kids’ movie tropes.

The film is a perfect re-imagining for people who can remember falling in love with the original while still standing on its own feet so kids can also be sucked into the beautifully crafted world of magic, talking clocks, and suave candlesticks.

Die hard fans of the original might find the small changes too hard to swallow, but for the rest of us it’s well worth the price of the ticket.

I know I’ll be seeing it again 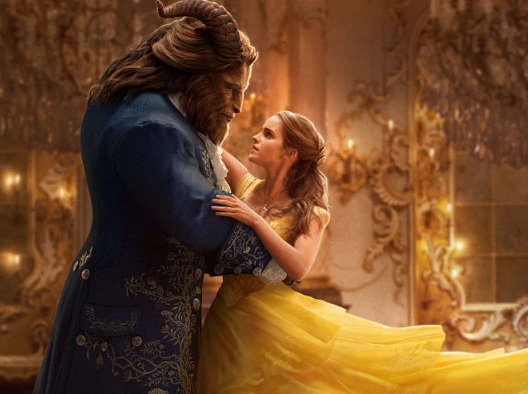