A Look at The Amber Alert Program 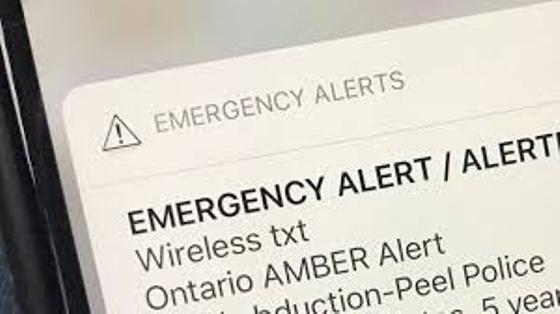 Since its inception in 1996 in the U.S, the AMBER Alert program has been used in Canada, and many other countries around the world to help prevent kidnapping and abductions.

AMBER Alert Awareness Day is honoured on January 13th in memory of Amber Hagerman a 9 year old girl who was abducted and murdered in Arlington, Texas on January 13, 1996.

The AMBER Alert program has since been adopted from the U.S. and is being used in Canada, and many other countries around the world to help prevent kidnapping and abductions.

Eight AMBER Alerts were activated In Ontario last year which included 12 abducted children within the province in 2019, out of the 12 children, 11 were located safely and six out of the eight suspects were arrested, All eight of the abductions were familial.

All of the AMBER Alerts in 2019 were requested by municipal or regional police services for abduction investigations and were then issued by the OPP on their behalf, the OPP are the main authorized issuer for AMBER Alerts in Ontario.

The AMBER Alerts in Canada are all distributed through Alert Ready, Canada's emergency alerting system which was designed to deliver critical and potentially life-saving alerts to all Canadians, It was developed by many partnering groups including federal, provincial, and territorial government agencies, Pelmorex, the broadcasting industry, and wireless service providers.

Government officials developed a specific list of the types of alerts that are considered a threat to life including, Fire alerts, Natural hazards including tornadoes and hurricanes, Biological hazards like a Drinking Water Contamination, Hazardous materials including explosives, Environmental issues like Air Quality and Fallen Objects like trees and boulders, or a Terrorist threat.

When a child is abducted there is no way to determine the exact location the abductor is headed, that's why It's important to alert the entire province of the issue.