Careless Smoking Can Kill Everyone! 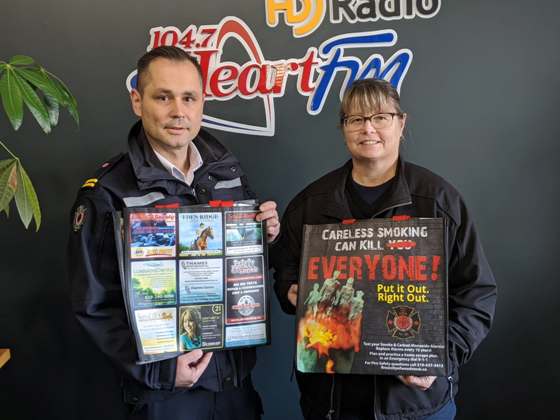 The Woodstock Fire Department is handing out some new grocery bags to promote fire safety.

WOODSTOCK - The Woodstock Fire Department is handing out some new grocery bags to promote fire safety.

"So we got these new bags through some local sponsorship, just to promote our fire safety messages within the community. Our number one message is smoking fires can kill everyone. We have noticed a spike in smoking fires, so we really want to get that message out."

"Careless smoking can be, just not putting your butts all the way out and then having flammable materials nearby or ashes getting dumped into garbage cans that are cooled completely, so we do need you to soak those first before you discard them. People also need to be mindful to not put your butts into planters or flower beds where it can become a fire very quickly."

Woods says the bags also serve as reminded to check your smoke and CO detectors.

"We want people checking their smoke and carbon monoxide alarms, replacing them after every 10 years and making a home escape plan. We have had some recent fatalities in nearby cities and so we are trying to get this message out in every way possible."

You can pick up a bag at the fire station on 1203 Parkinson Road, limited to two per person.