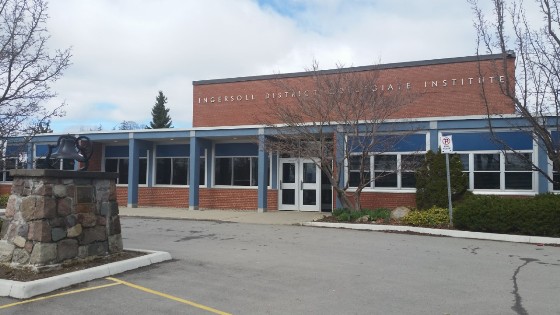 High Schools in the Thames Valley District School Board will be closed tomorrow if a last minute deal isn't reached with the teachers Union.

OXFORD COUNTY - High Schools in the Thames Valley District School Board could be closed tomorrow if a last minute deal isn't reached with the teachers Union.

Teachers in the London District Catholic School Board are not part of the OSSTF and those schools will not be impacted by the one day strike. President of OSSTF District 11 John Bernans says are still far apart on a number of key issues.

"The government continues to insist on increasing class sizes to 25 students to 1 teacher, from an average of 22 to 1 to an average of 25 to 1. We know that will have a significant impact on student learning and student safety. They have also proposed removing all caps, so whether it is a technology class that is normally capped at 20, because students are working with saws, or an academic, there will be no caps on class sizes."

Bernans says those are the main issues. He notes two sides are meeting today in Toronto and the hope is a deal can be reached, before the one day strike on Wednesday.

"Everyone is in Toronto right now, talking, but as far as I can see, the Government is not willing to back down on those key issues and return to things that have worked in the past."

Bernans says it's not just teachers who are affected by this strike.

"We also have support staff, who range from physiologists, school support counsellors, speech language pathologist, social workers and many others who support students. Some of them work in Elementary schools, so there will be a loss of service in Elementary schools as well. They are also supporting the job action and I want to acknowledge them and I want to acknowledge and thank all of the supporters that we have had from the parents and the groups that have come up to support us."

The Thames Valley District School Board issued a statement on their web site, saying they will close the high schools tomorrow if a deal is not reached.