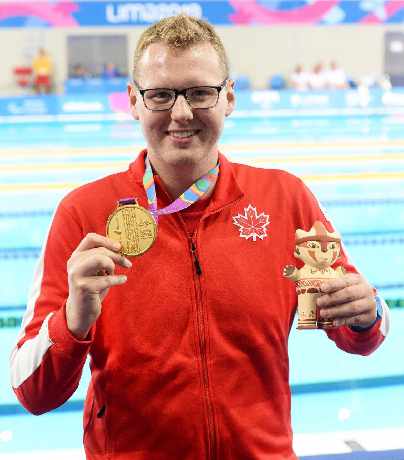 Tyson MacDonald of Tillsonburg won three medals at the 2019 Parapan American Games in Peru. He competed in multiple events throughout last week, giving him a boost as he prepares now to qualify for the 2020 Summer Paralympic Games.

TILLSONBURG - Tillsonburg's Tyson MacDonald came back from the 2019 Parapan American Games with a set of medals.

He competed in multiple events last week in Peru, capturing a gold, silver and bronze.

"It was incredible. Even just standing on the podium and hearing O Canada, it's a true honour and it just goes to show that you are becoming one of the best in the world now in terms of performance. I've got a lot of great stories and a lot of lessons that I've learned I can bring back to my home club, Wilfrid Laurier University."

He says he's received a lot of support since being back home. He adds it's a true honour to be able put Tillsonburg and Oxford County on the map.

He says the win will be a great setup for next year's Summer Paralympic Games in Japan.

"They put on an incredible show. The locals sold out the crowds in the swimming competition every single day, every single session. They got behind every single country that was competing. It was probably the most loud and the most electrifying environment I've ever competed in. You're up on that big stage with studio lighting and everything and you've got cameras everywhere. It's a lot to take in and a lot to just put a smile on your face."

MacDonald says he'll take a bit of time off before competing in varsity competitions at school.

He'll then prepare to qualify for the 2020 Summer Paralympic Games. The Paralympic Trials will begin in April next year in Toronto. 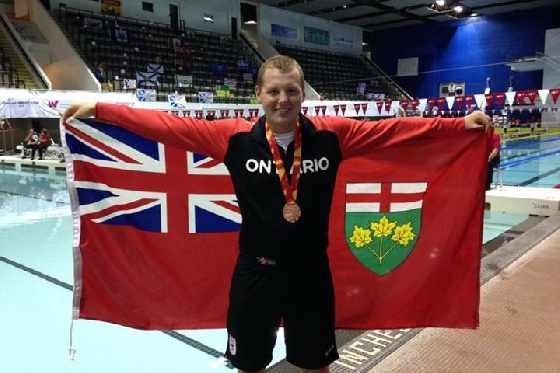