MacKenzie Seeking Another Term as MP for Oxford County 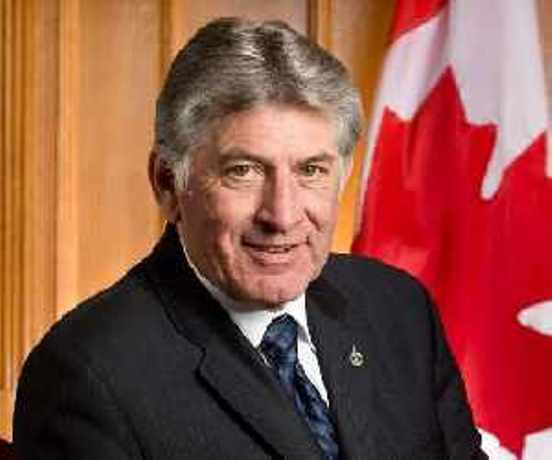 Election season is in full swing and the current MP for Oxford County, Dave MacKenzie has announced he will be seeking re-election with the Conservative Party.

OXFORD COUNTY - Election season is in full swing and the current MP for Oxford County, Dave MacKenzie has announced he will be seeking re-election with the Conservative Party.

MacKenzie has been the MP for Oxford for the past 15 years and says he is proud of the work he and his staff have done.

"I think we have served the County well, my staff have all been excellent and worked with the community, as have I and I think that is the whole thing about being a member of Parliament, working with the community. During my time as an MP I have been the Parliamentary Secretary to the Minister of Public Safety, I have chaired committee's, served as the Deputy Whip and my role in Ottawa has been fulfilling but equally important I think, is the job we do in Oxford County."

MacKenzie explains why he thinks everyone should vote for the Conservative Party this election.

"I think number one is that Andrew Scheer shows integrity and honesty, all of the things that people like in human beings and leaders and unfortunately we have had four years of a leader who has not exhibited those qualities."

MacKenzie says he is really concerned about the current level of debt in Canada.

A lot of political experts have said this election may be one of the nastiest in our lifetimes. We have already started seeing attack ads from both the Conservatives and the Liberals. The Liberals recently used a 15 year old video of Andrew Scheer opposing same sex marriage and the Conservatives have really been focusing the SNC Lavalin affair.

MacKenzie says when it comes to SNC, the public needs to hear this issue.

"The mainstream media have not been very forthcoming with information on the current Government. When you mention SNC Lavalin, Vice Admiral Norman, Jody Wilson Rabould, I am sure you are going to see those things all mentioned but all those things are current, those are all things that have happened during this four year period. When the Liberal Party brings out the nasty stuff with what they deem to be accurate portrayals of Andrew Scheer from 10 to 15 years ago, the other side comes out equally. I don't know if that's nasty or tit for tat stuff but it would be better if we talk about what we are doing today and what we have done recently and what we are going to do tomorrow. I think that is what people want to hear, they don't care about 10 years ago, they want to know what is going on now."

MacKenzie says he is excited to get on the campaign trail and you can expect to see him at all of the debates in Oxford County.