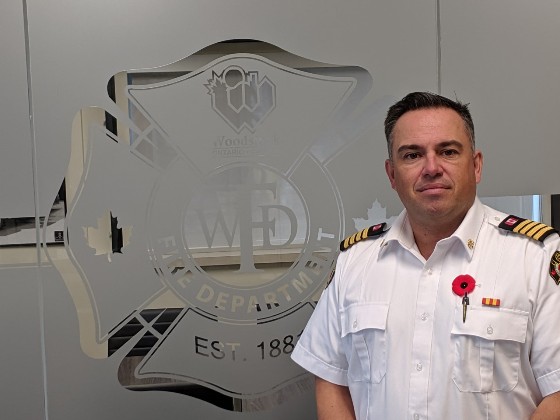 The Woodstock Fire Department has a new Deputy Fire Chief.

He is really enjoying his time in Woodstock so far.

"I really like Woodstock, I think it is a real community feel, everybody seems to know each other. The Fire Department is in great shape, they have great leadership under the new Fire Chief, Chief Slager and I am happy to join the team."

Shea says he plans to focus on training and wants to bring some new training aspects to the Department.

"My background in Mississauga, I went up through the ranks but my last role before I left was the Chief of training. I would like to bring some new training aspects to Woodstock Fire and rejuvenate some of their training programs, inject some new ways of thinking and new techniques, not that there is anything wrong with what we are doing currently, but just to add to that component."

Shea is excited for the opportunity and he looks forward to the challenge.