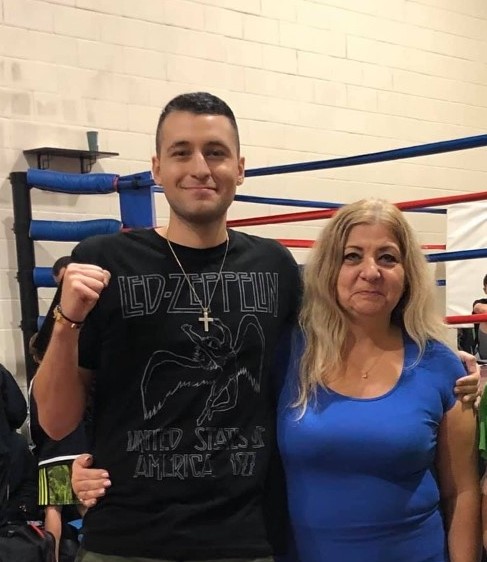 Local Martial Artists have been selected as coaches for the Ontario Winter Games this year.

Local Martial Artists have been selected as coaches for the Ontario Winter Games this year.

"I didn't really enjoy it as a child, martial arts was really different back then, the instructors were a little bit mean and they had a big focus on discipline back then. I would ask my parents, pretty well every class, can I give up, it's a little bit difficult and I would rather not do it and my mother said, when something gets difficult, you can't just give up and that is something that stuck with me to do this day. So she ended up joining martial arts with me, to keep me interested and keep me involved and then I said, I can't let my mom become a black belt and I quit a yellow belts, so we both got our black belts together."

They have competed all over the world and have won world titles in some of the biggest leagues. They have both been on team Canada and today, they instruct students at their studio and all over Canada, for regional, provincial and national championships. Skoufis says they try to put an emphasis on fun.

"I think just our way, the way we work with children to kind of make it fun, because I know when I did it, it wasn't really fun and we try to emphasis that."

Skoufis says the team hasn't been selected yet and they still have two more training camps to go before a team is selected. However he expects to be coaching at least a few students from Oxford County.

"So depending on how the athletes do, because we had 100's of athletes at the first training camp, it will depend on the different skills they have, teamwork, how they deal with criticism, then they base it on that and pick the students who will be participating at the official Winter Games. I know some people from that area, (Oxford County) and some people from our area that really want to compete."

He adds this is huge honour for him to be a coach at the winter games.

“It is a huge honour to have been selected to be a coach for the 2020 Winter Games and is something I am really excited to be a part of. It is very special for me to see a sport I began nearly two decades ago to have come this far. Martial arts were viewed as only a combat focused sport but I believe the important aspects learned by martial arts such as respect, focus, discipline and perseverance are more understood now. To see it now as an accepted Olympic Sport is so special and is really difficult to put into any kind of words. I believe the Olympics is the pinnacle for a variety of sports. To help the next generation of martial artists reach their goals is rewarding. We will be working hard to get Team Ontario ready for the 2020 Winter Games. I would like to thank WAKO for this amazing opportunity and we look forward to the future.”

The OWG resembles the Olympic Games with an Opening Ceremonies, Athletes Village, Medal Ceremonies, and different sporting events each day! The OWG 2020 will take place in Orillia, Ontario this year starting February 27th 2020 through March 2nd, 2020.