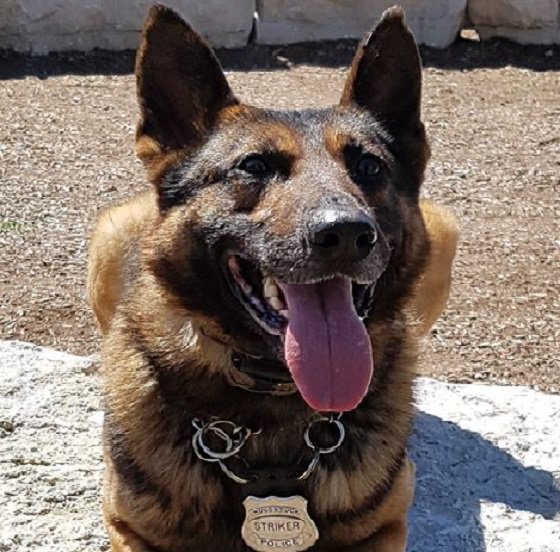 Two men were arrested on Saturday morning in Woodstock, thanks to some help from the Police Service Dog.

WOODSTOCK - Two men were arrested Saturday morning in Woodstock, thanks to some help from the Canine Unit and Officer Striker.

Police were called to James and Stafford STreet on Saturday morning around 9:25 about a report of a suspicious man on a bicycle. The men fled the area on foot, running through several backyards, leaving behind the bike. Turns out the bike was stolen and police also found a tote of tools and a backpack left behind.

Police Service Dog Striker was brought in to help track down the suspect. Officers were then called back to the area of James and Stafford about reports of two suspicious men. Both men tried to flee on foot and PSD Striker helped make the arrest.

A 34 year old man from Ingersoll was charged with the following: