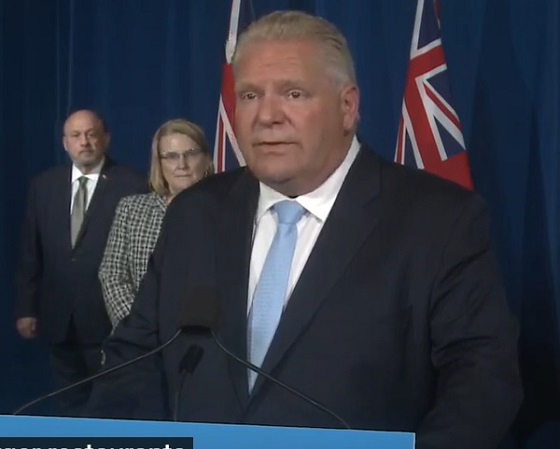 We should know in the next couple of weeks if the Province is going to close schools for an extended winter break.

UPDATE: Update Education Minister Stephen Lecce says the announcement on an extended winter break will be made in the next week or two.

ONTARIO - The Province of Ontario is considering closing schools down for an extended winter break.

Education Minister is meeting with the Chief Medical Officer Dr. David Williams and we should have an answer in the next couple of days with an announcement.

Premier Doug Ford was asked about this during his daily press conference. He says parents and students are loving being in class.

Ford says nothing has been set in stone yet and wouldn't confirm anything.

"Let's not confirm that until the Minister sits down with the Chief Medical Officer, then he will be able to come up. I don't want to jump the gun here and tell parents to be prepared, it may not happen, so let's wait for the Minister to come out."

You can listen to the Premiers comments below: