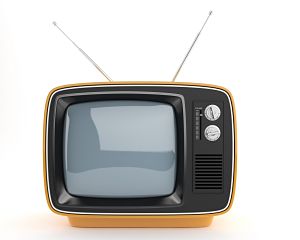 LONDON - An Ontario Trillium Grant for more than 96 thousand dollars will help to fund a new Local Immigration TV Series.

The money was given to the Elgin Middlesex Oxford Workforce Planning and Development Board who will be partnering with the Local Immigration Partnerships in the municipalities as well as their local Rogers television stations.

"Our local board wanted to expand on the success of the We Are London series to support the work of our local immigration partnership. It's an exciting tool. The series will promote the growing diversity in Oxford, it will expose and support the newcomers that have arrived here in Oxford County."

Oldroyd says there are many ways this television series will benefit residents of Oxford County. "To talk about the programs and services that are available to newcomers in Oxford County. Also a great opportunity for newcomers to share their personal experience and success stories. A big part that's so important is our community awareness and education to build community recognition of newcomer's talent and experience so our community understands the value of newcomers."

Oldroyd says while the series will be targeted at new comers to the County, it will benefit everyone "because there's a lot of isolation that happens and people might be in their homes and I'm hoping that if they haven't connected to me already, then they will see this series to be able to connect to the services that are relevant to their needs but I think it will also be useful to other community residents who have been living in Oxford for a longer period of time."

Oldroyd says the series will also highlight a cooking segment which will feature recipes from different cultures.

There's no word when the series will start airing.