Romance Scam Could Happen to Anyone 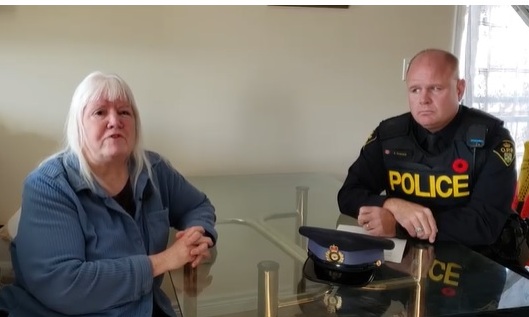 Norfolk OPP have released a new video featuring Constable Ed Sanchuk and a woman who fell victim to a romance scam last year.

NORFOLK COUNTY - The OPP are once again reminding everyone to not become a victim, when it comes to the romance scam.

These scams usually start online, and they will spend a lot of time getting to know you, before asking for money. Constable Ed Sanchuk recently sat down with a local victim of a romance scam, Judy. Judy explains what happened to her.

"It is such an easy thing to get into. I met this person online on Facebook. It just turned into a wonderful romance, you just feel so good, that somebody could love you like that, nobody had loved me like this man had."

Sanchuk says you need to watch for the signs.

"When you first start meeting people online, you said you met that person on Facebook. Some of the signs that we need to suspicious of, if you haven't met someone in person and they profess your love you, you need to ask yourself, would someone really declare their love for you after a few emails or text messages."

In the case of Judy, her scammer is still trying to contact her to this day. Judy wants everyone to learn from her story.

"I often wondered if it was a lie, or if it was the money I was sending him. It was a lie, all of it is truly a lie, you have to get help, I have reached out to the police and they have helped me tremendously."

Last year, $22.5 Million dollars was lost to romance scams in Ontario and those are just the numbers that were reported. The romance scam is one of the most under reported scams in the Province, because often times the victim is embarrassed by what has happened.