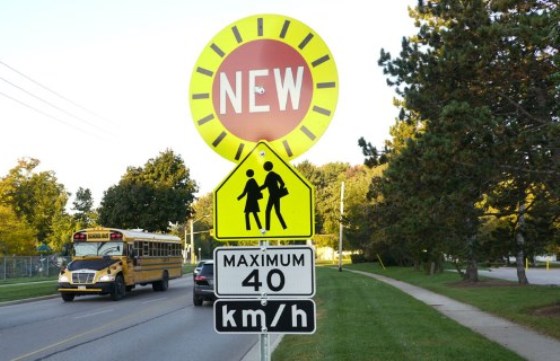 Southwestern Ontario Student Transportation Services is reminding people of a heavy traffic presence in school zones. Kids will be back in class on Tuesday and they want to make sure the public is aware and safe.

OXFORD COUNTY - As kids are set to head back to school, Southwestern Ontario Student Transportation Services are reminding drivers of a safety first approach in school zones.

STS sent out a press release yesterday reminding motorists and pedestrians about increased traffic as school begins on Tuesday.

STS is a transportation association responsible for the coordination of school bus services throughout Elgin, Middlesex and Oxford County and neighbouring cities.

Cosyn Heath says roads and sidewalks will be shared between pedestrians, cyclists and drivers and everyone needs to look out for another.

She says it's important to be prepared ahead of time.

"I think it's important to take some time as we head into the last long weekend of summer. We're all getting ready as parents and employees to gear up for that school year and it's just a great time to spend some time thinking about what's going to happen next week, what school zones are going to look like and what traffic congestion is going to look like. And that way we can all be prepared for the onslaught of traffic that will return to the roads next week."

STS says caregivers are asked to respect school bus loading zones during pick-up and drop-off times and to leave them clear for school-purpose vehicles.

The press release also states that fines will be issued under the Highway Traffic Act for motorists who fail to come to a complete stop for school buses.