Tillsonburg Is Home to the Iconic Harvard Planes 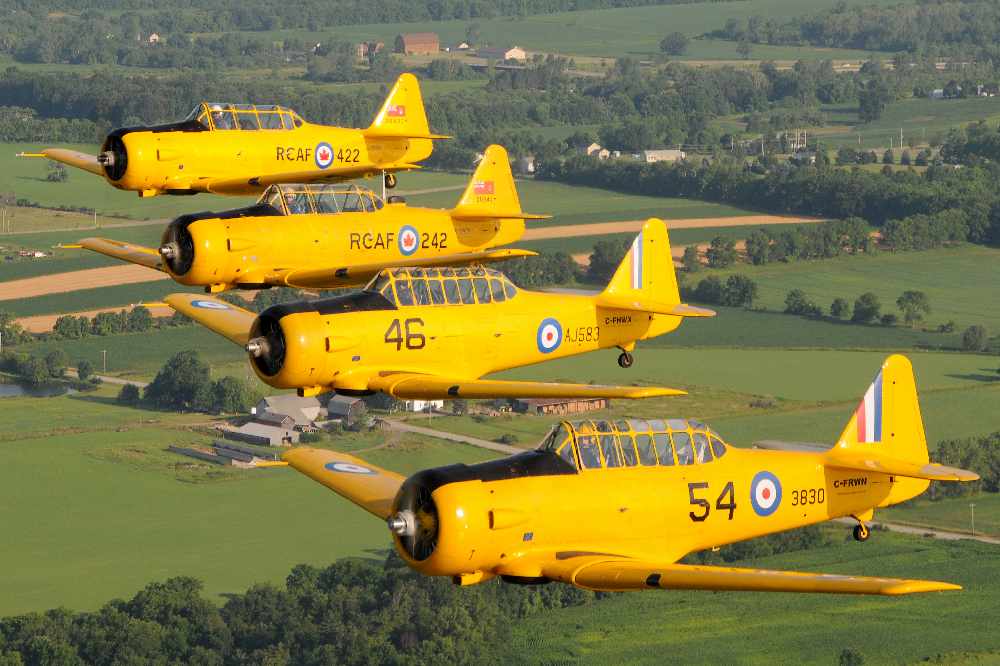 The Tillsonburg Airport is the home to some WW II aircraft memorabilia.

TILLSONBURG - A little piece of Canadian history lives on at the Tillsonburg Airport.

That is where the volunteer based Harvard Flying Club is based out of. They have one of the most impressive collections of the WW II Harvard planes in Canada. Media Relations for the group Terry Scott says the club started out in Woodstock 31-years ago.

"The Harvard is an aircraft that is very familiar to Woodstock, it goes back to 1985 when a group of Harvard lovers at the Woodstock Flying Club decided we have a really unique aircraft here, let's preserve a piece of Canadian aviation history and form an association."

There are 50 Harvard planes still flying in Canada and eight of them live at the Tillsonburg Airport with six of them still able to fly. They also have a Tiger Moth and Yale which is a small version of a Harvard. Scott says they try to get the planes out as much as possible.

"We try to get to as many airshows as we can and get the yellow birds in the air and we do a number of fly pass including the Toronto Remembrance Day ceremony, if you have ever seen that on television when the Harvards fly over they are from Tillsonburg."

You can find our more information about the Harvard Club on their website.