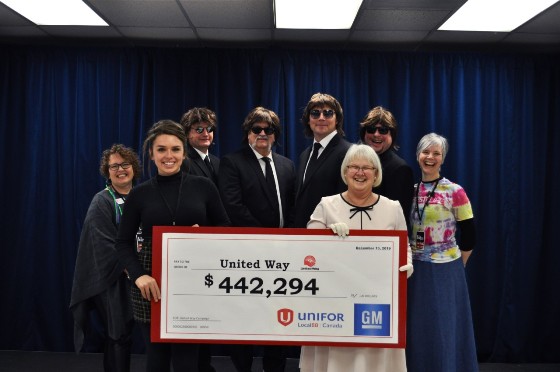 Mark another one down in the feel good pile for Oxford County. Unifor Local 88 presented the United Ways of Oxford and Elgin Middlesex with a cheque for over $442,000 today.

INGERSOLL - Unifor Local 88 presented the United Ways of Oxford and Elgin Middlesex with a cheque for over $442,000 today.

Executive Director Kelly Gilson says they were blown away by the generosity from Unifor Local 88 members.

"A huge shoutout to the management team, the labour team and the team that runs the United Way committee, as well as all of the employees at CAMI, because they truly exemplify the spirit of giving and they exemplify what local love really means. Every year, they give so generously, to help others in the community and we could not be more grateful and we are just proud to have them as a partner and help us do the work they do."

They had a 60's theme this year for the workplace campaign and the Unifor guys dressed up as the Beatles and the ladies wore skirts from the 60's.

Gilson says the donation they get from Unifor Local 88 represents about 25% of their fundraising campaign. 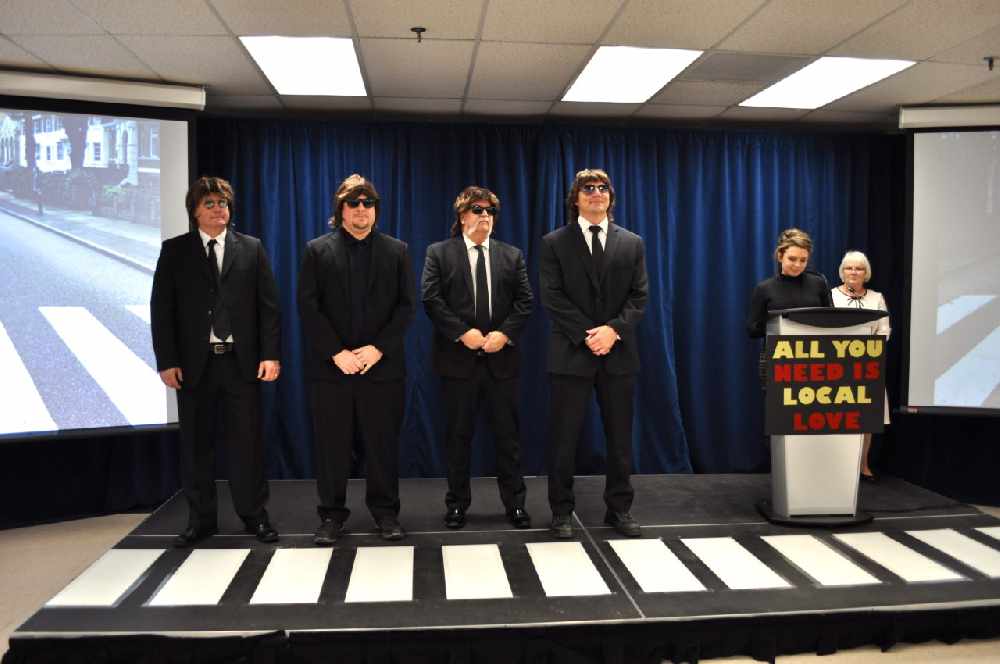