#Don't Give Up, Open Up on World Suicide Prevention Day 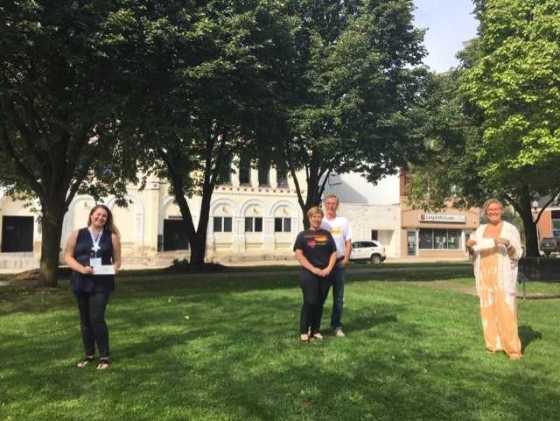 Local resident Christine Byrne donated $2,600 and $1,300 to both charities after selling her hand made Suicide Prevention shirts. Byrne was able to sell 100 t-shirts for the cause. Each shirt was adorned with the phrase “#don’t give up, open up”, include a heart designed by her six-year old son, Joseph.

Kathlene Campbell-Conlon, CMHA Oxford, and Jenilee Cook, Oxford County Suicide Prevention Team, were on hand today, to accept the donation. Both remarked how impressive this donation is, considering the sales occurred in the midst of COVID-19.

The funds will be used to provide direct service through CMHA Oxford, and for promotion and education with Oxford County Suicide Prevention Team.