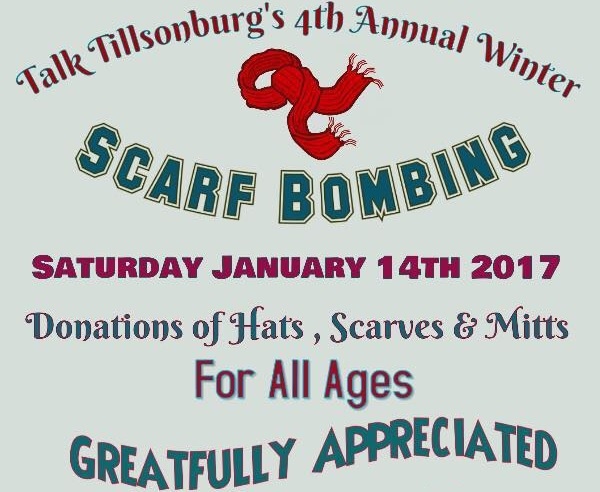 A local group will be leaving hats, mitts, scarves, and other winter wear around town to keep everyone warm.

TILLSONBURG - No one in Tillsonburg will have to bear the cold alone thanks to a scarf bombing.

Local group Talk Tillsonburg will be out in mid January to tie scarves, hats, mitts, and other winter-wear around the town.

Organizer Catherine Ryan says people who need a little warmth are free to take whatever they find.

"I ask people to please donate gently used scarves, hats, mitts, or new ones - whichever they prefer and then we have it set for January 14th this year and we tag them with a note saying 'If you're cold, I'm yours. Take me home."

This is the fourth Talk Tillsonburg Scarf Bombing, and Ryan says they see the items disappear within hours.