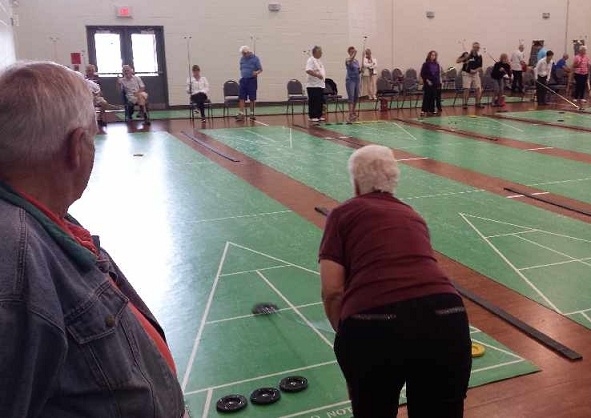 Some of the best shuffleboard players from Canada and the US will be competing in Woodstock for the third time.

The matches on May 29th and 30th will feature amateur players while the pros will come in to play on May 31st and June 1st. Jim Corbeil, the President of the Canadian National Shuffleboard Association, says the amateurs have the option to play with the pros in the open division.

"When the pros come in on the Wednesday, the amateurs even though they've already played they can go in - it's open for them as well. Believe it or not we had couple amateurs place last year in the pro division!"

Corbeil adds the tournament will feature some of the best shuffleboard players from across Canada and the US.

"We have people coming from Newfoundland this year and we've had quite a few from Michigan, Ohio, and then of course we have a lot from Ontario."

Gold, silver, and bronze cash prizes will be awarded to the best players in both divisions. The bronze prize is $100, silver is $150 and those who win gold will take home the grand prize of $200.