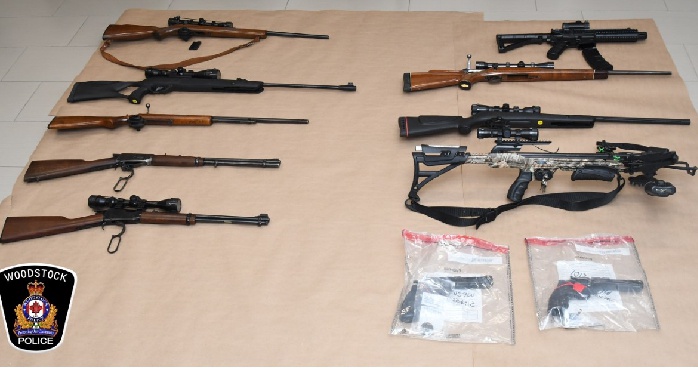 A 31 year old man from Woodstock has been arrested after police say they found stolen motorcycle parts, guns, weapons and drugs after executing a search warrant in Woodstock.

WOODSTOCK - An investigation into a stolen motorcycle from Sarnia, led Woodstock Police to several illegal weapons and drugs.

According to police, the accused was also in possession of several weapons, including a stolen gun. A search warrant was executed yesterday and police say they found 10 guns, both real and replica, a crossbow, ammunition, cannabis, suspected methamphetamine, an ATV with stolen parts, and one of the guns had been reported stolen from Chatham-Kent last September.

31 year old Kevin Miller of Woodstock was arrested and charged with the following: