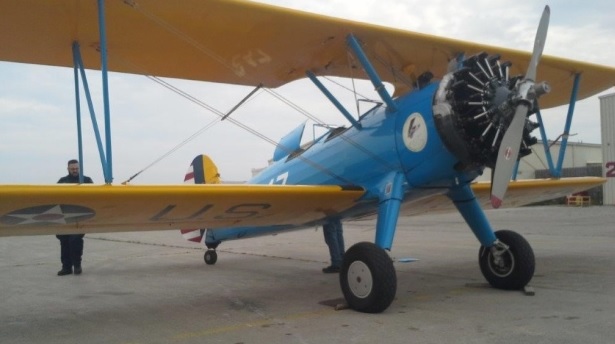 Plane fanatics will have the opportunity to catch a glimpse of a CF-18 Demo alongside a B-25 Mitchell, PBY Canso and an Avro Lancaster on Wednesday.

BRANTFORD - Lot of legendary planes are set to take flight at the Brantford Airport during the annual Community Charity Airshow.

The family friendly airshow has always taken place on the Wednesday before the Labour Day long weekend since 1999.

"The highlight of the show will be the CF-18 Demo all painted in Canada's 150th paint scheme so it's all red and white; certainly makes quite a bit of noise at the show."

Plane fanatics will have the opportunity to check out a B-25 Mitchell, PBY Canso and an Avro Lancaster.

Mickeloff tells Heart FM the proceeds raised on Wednesday will benefit the Rotary Club and Brantford and the Canadian Warplane Heritage Museum.

"Our mandate is to preserve and maintain a collection of Canadian military aircrafts. So it just goes back into doing what we do and that's to restore and keep these aircrafts flying; like the Lancaster."

The Avro Lancaster participating in the airshow is one of only two in the world that can still fly today.

The gates will open at 11am on Wednesday August 30th and the show will take place from 2pm until 5pm. Admission is free but parking will cost $20 a vehicle.