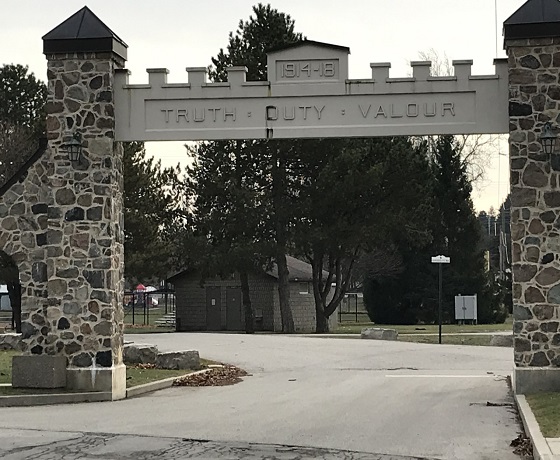 The playground at the Southside Park had to be shut down twice yesterday after sharp objects were once again deliberately left in an attempt to injure children.

WOODSTOCK - The playground at the Southside Park had to be shut down twice yesterday after sharp objects were once again deliberately left in an attempt to injure children.

First thing yesterday morning, staff found thumb tacks at the park during their daily checks. The park was then closed for clean-up. Later that afternoon, staff found screws, nails and more thumb tacks scattered across the playground. This is a deliberate attempt to injure children and it is the 6th time it has happened at the Southside Park since early August.

Director of Parks and Recreation for Woodstock, Brian Connors says the police are investigating.

"There has been a few more cases, it has been going on for a few weeks, fairly intermittently, I would say it has been more than 4, it is more like 6 cases, a lot of the time staff find it before anyone else and clear the area and make sure the police know and go from there."

Luckily nobody has been injured during this dangerous act of vandalism. Connors is asking parents to be vigilant.

"I think it is really important that parents when using the playgrounds and it is sad to say but for parents to do a sweep themselves, the staff can't be there always and we know we have someone in the community that is doing this and we really don't want to see any kids get hurt."

Connors says they are working around the clock to try to make sure this person is caught and keeping our playgrounds safe.

"We have been asking the public, if they find anything to let us know. Staff do multiple checks on that playground area right now and if they do find anything, they go over the park with magnet to grab any metal objects that were left. They are doing their due diligence. We do have certified playground inspectors to go through it, to reopen it, to make sure it is safe and to make sure they are comfortable with reopening each time it happens."