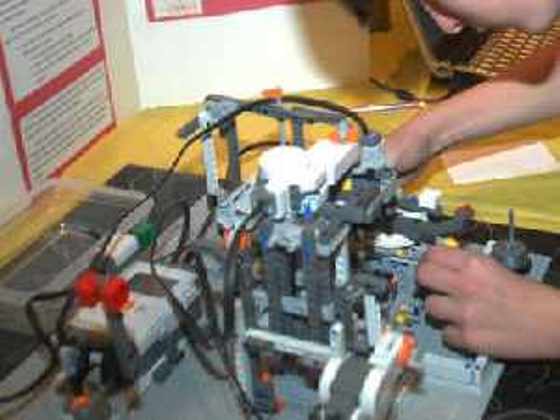 Development Officer for the City of Woodstock Brad Hammond explains what the challenge was this year for the kids.

"This year they had to sort word tiles and spell out the work Execulink, we have been fortunate that Execulink has been a platinum level sponsor of this event for a few years now, so they had to pick these tiles up and place them in the correct order."

Hammond says not all of the robots could handle the challenge this year and the team out of London was able to separate itself from the pack.

15 schools from across the region entered the event this year at Goff hall on Tuesday.

The even is also sponsored by Oxford County and Warden David Mayberry says it's remarkable to see how each class comes up with a different idea to solve the same problem.

"I was amazed that when you have 15 schools, given the same task and the same equipment, they come up with 15 different solutions to the same problem. Some are always more successful than others but it is a case of being able to figure out the software and the equipment."