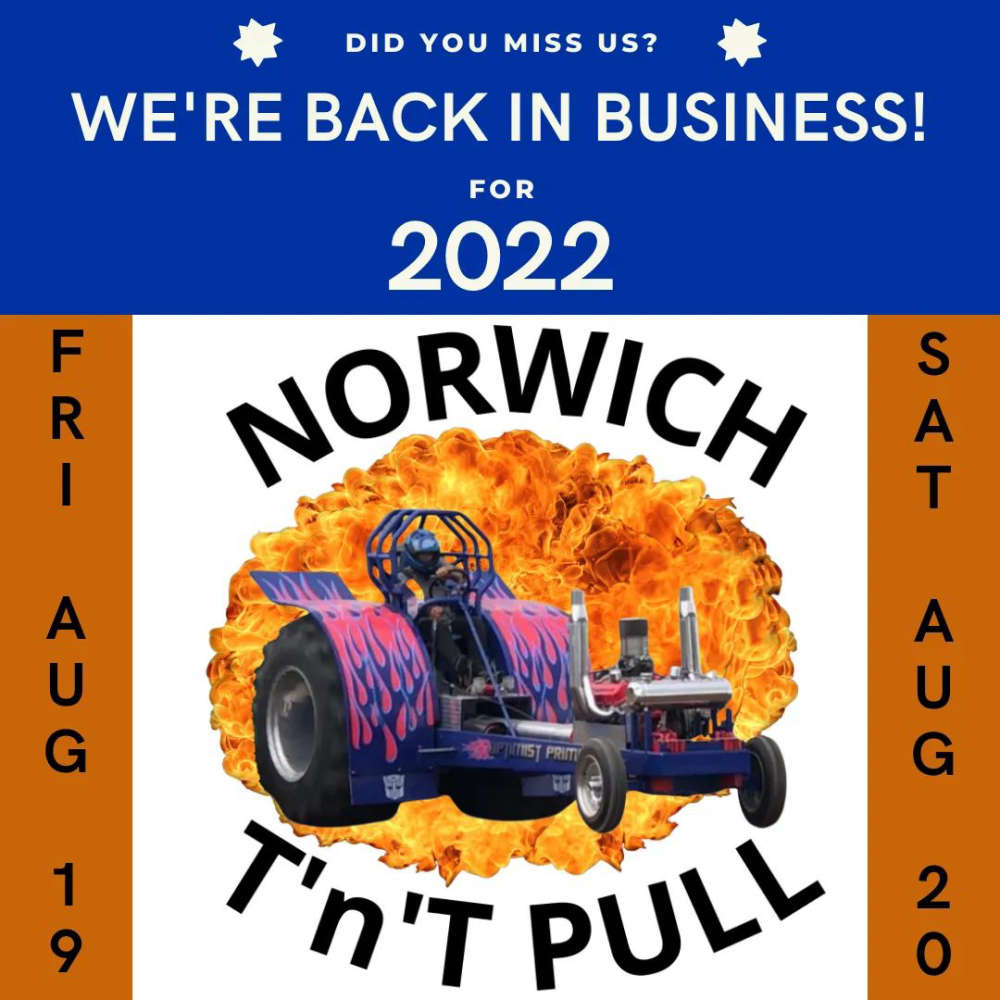 The Norwich T'N'T Pull will be taking place on Friday August 19th and Saturday August 20th this year. It's the single largest fundraiser for the Optimist Club of Norwich and District.

NORWICH - The Norwich T'N'T Pull will be making a comeback this summer.

It will take over the Rettie Farm on Friday August 19th and Saturday August 20th. The Rettie Farm is located on the corner of Highway 59 and Evergreen Street, just north of Norwich.

Social Media and Sponsorship Coordinator David Nash says a lot of people were excited to hear about the tractor pull's return when it was first announced a few weeks ago.

"Our social media pages are taking off exponentially since we first put it out there. The last couple of years people have been asking if we're coming back and when it's happening, so members of the public are really looking forward to having an event back in their hometown."

This year's event will feature non-stop pulling action on the double track and live music on the Friday night and the Saturday night.

Nash says the Norwich T'N'T Pull is the single largest fundraiser for the Optimist Club of Norwich and District.

"We raise approximately $35,000 from the tractor pull each year and it goes directly towards supplying funds for youth organizations in the Norwich and district community.

This will be the 13th annual pull and Nash says the event has raised over $100,000 over the years.

Meanwhile, the organizers of the Embro Truck and Tractor Pull have announced that their event will be returning this summer as well. The Embro pull is run by Oxford County Junior Farmers and it will be taking place on Friday July 29th and Saturday July 30th. You can find more information on their website and Facebook page.