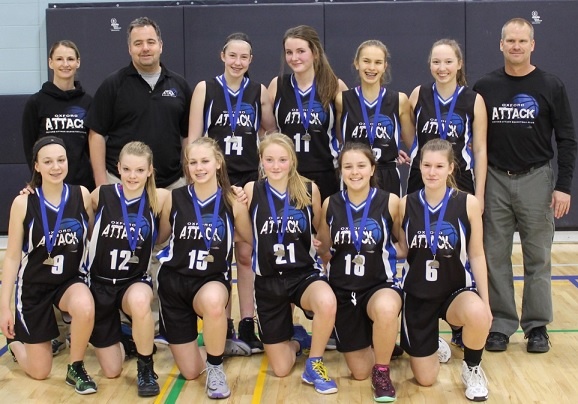 Tryouts for the upcoming Oxford Attack season will be coming up in September.

WOODSTOCK - The Oxford Attack are gearing up for another season of competitive basketball in the Ontario Basketball Association.

They will be having tryouts soon for the upcoming season in September for elementary students in grades 4 to 8. Attack Coach Paul Cowan tells Heart FM they will have some spots available.

"So we are looking for new players and new coaches to work with existing teams, as well as brand new Oxford Attack teams."

Cowan says they are hoping to add another girls team this year. The older Attack teams will have their season in the New Year. They recently wrapped up their basketball summer camps where they had over 75 kids participate.

Cowan basketball is really growing in popularity in Woodstock and Oxford County.

Tryout dates will be announced shortly. You can find more information online here.