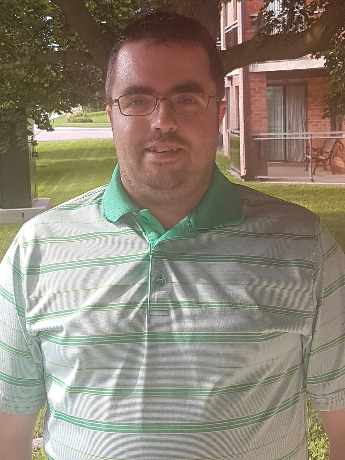 Chris Parker says community safety will continue to be his main focus if he is re-elected to another term on Tillsonburg Town Council.

TILLSONBURG - A born and raised Tillsonburg man is looking to have a second term on Town Council.

Chris Parker is very involved in the community, especially in local sports, as the President of Tillsonburg Men's Slo-Pitch League and Referee in Chief for Tillsonburg Minor Hockey.

Last term on Council, Parker was instrumental in the creation of the "R Zone" policy that promotes a positive, safe and supportive environment for all members of the public and staff. He also helped create the four-way stop by Maple Manor Nursing Home.

Parker said his number one focus has always been on community safety, and if he was re-elected, he would like to continue that focus.

"I'd like to have a review of the police servicing level. There's been a significant period of time since we've added any officers to the Town of Tillsonburg, and we've had significant growth over that period."

Affordable and attainable housing was also on Parker's mind, as he would like to work with the county to designate land for more housing. Another one of Parker's accomplishments was working with the Tillsonburg Non-Profit Housing Corporation Board, securing 18 units of senior homes. The development is already underway and groundbreaking is set to take place next month.

The last note that Parker had was about youth engagement. He believes it's something that all the committees in the town lack.

"In the 2022 budget, I actually brought forth a motion to have funding to be set aside to create a youth council. This would help to engage the youth, and we could actually start to work with youth leaders in our community and hopefully bring strong leaders forward in the future to be on Council."

Residents of Tillsonburg can head to the polls on October 24th.