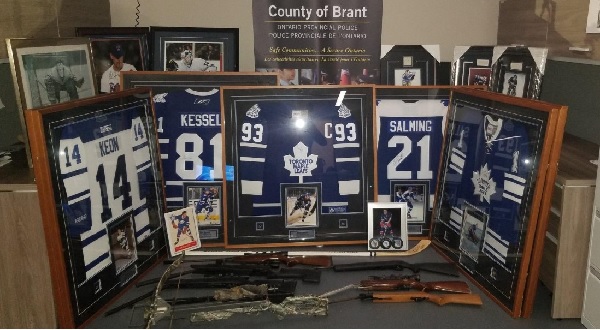 Two men have been arrested and the sports memorabilia and firearms had been stolen in a rash of thefts dating back to 2016 from homes in Brant, Waterloo and Elgin County.

BRANT COUNTY - Two men from Brantford have been arrested after a spree of thefts dating back to 2016.

Police say numerous items, including several hockey memorabilia have been stolen from homes in Brant, Waterloo and Elgin County. Police were able to recover all of the items featured in the photograph in this article. The owners of the goods have been updated on the status of their property.

Perry meanwhile was only charged with break and enter and theft of a motor vehicle.