Push For Change Rolls Through Woodstock 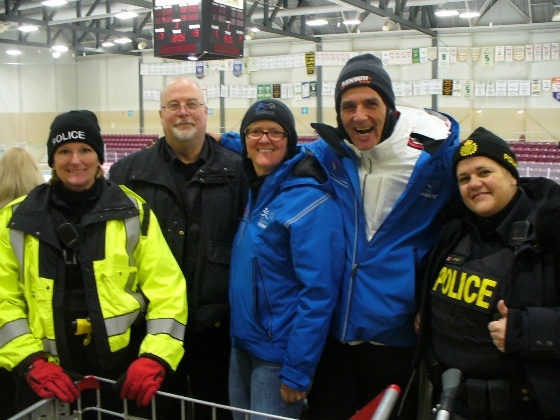 A former homeless man who is walking across Canada made stops in Woodstock and Ingersoll this week.

WOODSTOCK - A former homeless man who is pushing a shopping cart across Canada made a stop in Woodstock today.

Joe Roberts is doing the walk to raise awareness and money to help prevent youth homelessness. On Monday he was in Ingersoll to speak with students at IDCI and at the Fusion Youth Centre. Roberts tells Heart FM he had a great time in Ingersoll.

"Yesterday coming into Ingersoll was a bit of a let down because the school buses were cancelled but the folks we did meet at the High School were absolutely extraordinary. We did have a captive audience of about 50 to 60 people we shared a message and then we had a chance to go to the Fusion Youth Centre, an extraordinary example of a place where young people can come and have different outlets and different things that they can access."

Then today he was in Woodstock for a school hockey game and a chance to talk to our youth. Roberts says the entire process in Oxford County has been extraordinary.

Roberts will attend over 400 events during the campaign which will finish up next year in Vancouver.