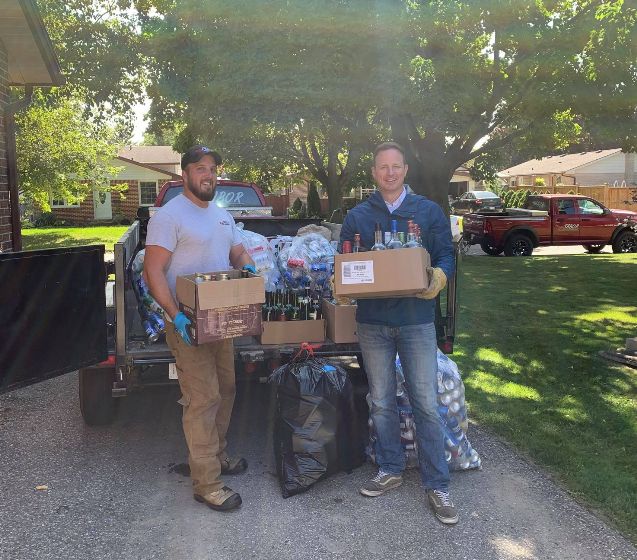 The drive set out with a goal to raise $2,500 and have exceeded that goal as empties are still being counted. Organizer Adam Tabor wants to thank everyone who helped out by volunteering and donating to the cause.

WOODSTOCK - The bottle drive in support of Todd's Dogs was a huge success.

They set out with a goal to raise $2,500 and are thrilled to announced they exceeded that goal and then some as they still count some of the empties.

Owner of Tabor Property Maintenance Adam Tabor started the bottle drive with his wife Crystal and friend Jeff Workman. Tabor says he was blown away by the community support.

"It was amazing the amount of support we received from the community and surrounding areas. We have one last trailer load that we just finished sorting and will be taking back to the beer store today."

Tabor says Todd was amazed at the community support as well.

"When I first saw Todd and mentioned it, he was very grateful that we were taking this project on. He is the type of guy that likes to help others, but once we gave him an idea of what we were looking at, he was very humbled and couldn't believe the support he has been getting througout the community."

Tabor says this has been the highlight of his year so far, seeing the community come together.

"2020 has been a tough year with the pandemic but seeing how everyone has come together in the Woodstock community and just caring for a local business that has done so much for us, has just been simply amazing."

Tabor wants to thank everyone who helped out by volunteering and donating to the cause. Todd's Dogs lost their brand new events trailer and all of their supplies in the fire at the fairgrounds earlier this month.