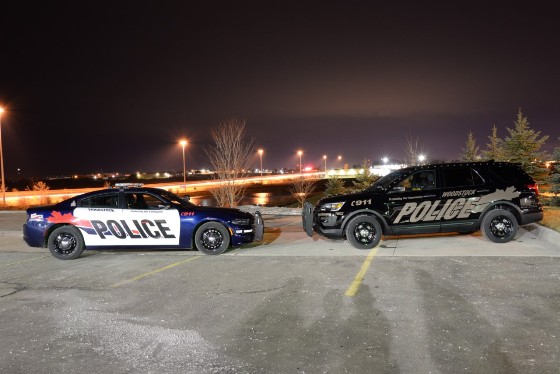 Woodstock Police briefs include a break and enter on Normandy Drive, a shoplifting incident in the Dundas and Clarke Street area, and a man charged with drug possession on Canterbury Street.

WOODSTOCK - Charges have been laid after Woodstock Police responded to a report of a man swinging a golf club toward another man on a bike.

Officers were called out to Canterbury Street shortly before 6:00 p.m. Sunday evening and they discovered that the bike had been stolen afterward. They were able to arrest their suspect and return the bike to its rightful owner.

A 41-year-old man from Woodstock has been charged with possession of methamphetamine and possession of an opioid other than heroin.

WOODSTOCK - The Woodstock Police Service is investigating a break and enter on Normandy Drive.

Several electronics have been reported stolen including gaming consoles, games, controllers, and headphones. The culprit also made quite the mess while they were in the home.

Officers on patrol spotted the man allegedly stealing product from a store in the Dundas Street and Clarke Street area at around 12:40 p.m. on Sunday.

He has been charged with theft under $5,000 (shoplifting) and failing to comply with probation.

WOODSTOCK - An investigation is underway after someone damaged a custom car cover in Woodstock.

It was in the area of Edward Street and Riddell Street. Woodstock Police say the cover was ripped down the passenger side sometime between 1:00 a.m. and 8:00 a.m. Sunday morning, scratching the front passenger door in the process.

Anyone with information in regards to any of these incidents should call the Woodstock Police Service at 519-537-2323. You can also submit an anonymous tip through Crime Stoppers at 1-800-222-TIPS (8477).