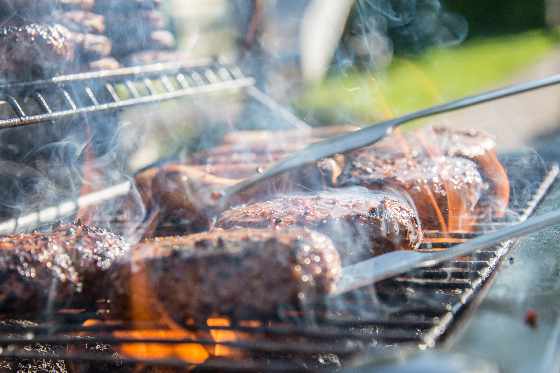 Woodstock's Food Basics will be the host of Community Free Table's one year anniversary this weekend. It runs from 11:00 am to 3:00 pm.

WOODSTOCK - The Community Free Table is putting on a barbecue in honour of their one year anniversary.

Tomorrow's event is free and it will be at the local Food Basics.

"It's been a huge story where we've had people actually that we've been able to get into rehab, a couple of them have come clean from drugs because of the Table just being loved and 99% of these people that come to the Table that's what they want. A smile, a handshake, just walking down the street giving them a smile that says 'hey, we love you. We want to help you.'"

Eby adds the initiative has seen businesses across the community help out as well.

He says the support from the community has been grown since it started.

He says the Community Free Table gives people a chance to get together, talk with the volunteers and give a meal to those less fortunate.

Eby adds the food will be by donation only and there won't be a fixed fee.

The Woodstock Police and Woodstock Fire Department will also be on hand to show their vehicles to the kids, as well as talk to them.