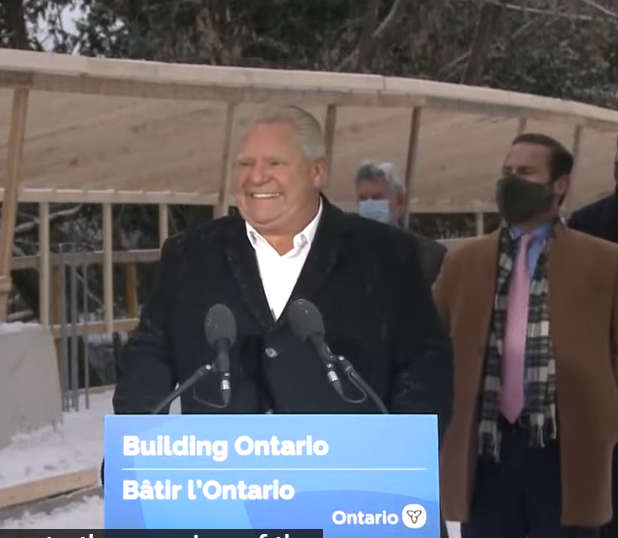 The Premier was asked why every Ontarian is not able to access free rapid tests ahead of the busy holiday season.

Premier Doug Ford says his Government is handing out more rapid tests than any other Province in the County.

Ford was asked today, why they are not providing free tests to Ontarians, ahead of the holiday season.

Ford says the tests are available across the gambit.

"We are handing it out in transit areas, to businesses, congregate care, home care, long term care and hospitals. We are handing out a million a week. Those are staggering numbers."

Liberal leader Steven Del Duca says Ford is failing Ontarians but not making more rapid tests available as case numbers rise and we get ready for the holiday season. He argues, every Ontarian, should be able to walk into a pharmacy and get a free test, to ensure they are not spreading COVID-19 over the holidays.

Official Opposition leader Andrea Horwath says that every Ontarian should have access to free rapid tests.