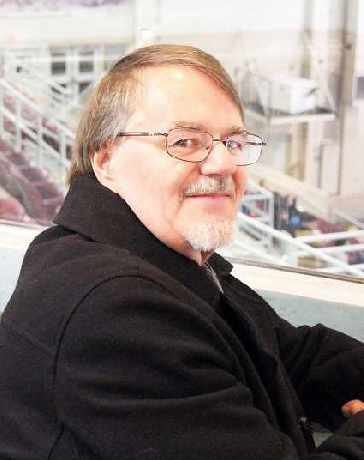 Robin Inscoe is looking to inspire success as the new General Manager of the Woodstock Navy Vets.

WOODSTOCK - The Woodstock Navy Vets have signed on a new General Manager.

Robin Inscoe will play a big role in scouting and recruiting for the team, finalizing the roster and maintaining the clubs core values in day to day decision making.

President Devon Young says Inscoe is the perfect man for the job.

"I was the Interim General Manager and he quickly became my right hand guy as we worked through the latter part of last year and putting together camps and what not beginning this summer."

Young adds he will bring knowledge and a strong work ethic to the table.

"I've been very impressed with how detail oriented he is, how hard of a worker he is, he is very organized and has a great knowledge of the game. I am looking forward to working alongside him."

Inscoe was the Vice President of the Arsenault Hockey Group; which operated teams at the Junior A, Junior B and Junior C Levels. He was also the GM of the Georgetown Jr. A Raiders when they won the Royal Bank Cup Canadian championship in 2005.

In a press release, Inscoe says he hopes to inspire success right here in the Friendly City.

"I look forward to helping the Navy Vets bring another championship back to this city."

The Woodstock Navy Vets are in the midst of their training camps at the moment. They have narrowed it down to 30 potential players so far, but that will drop down to a 22 person roster just in time for their home opener against the Paris Mounties on Friday September 14th.