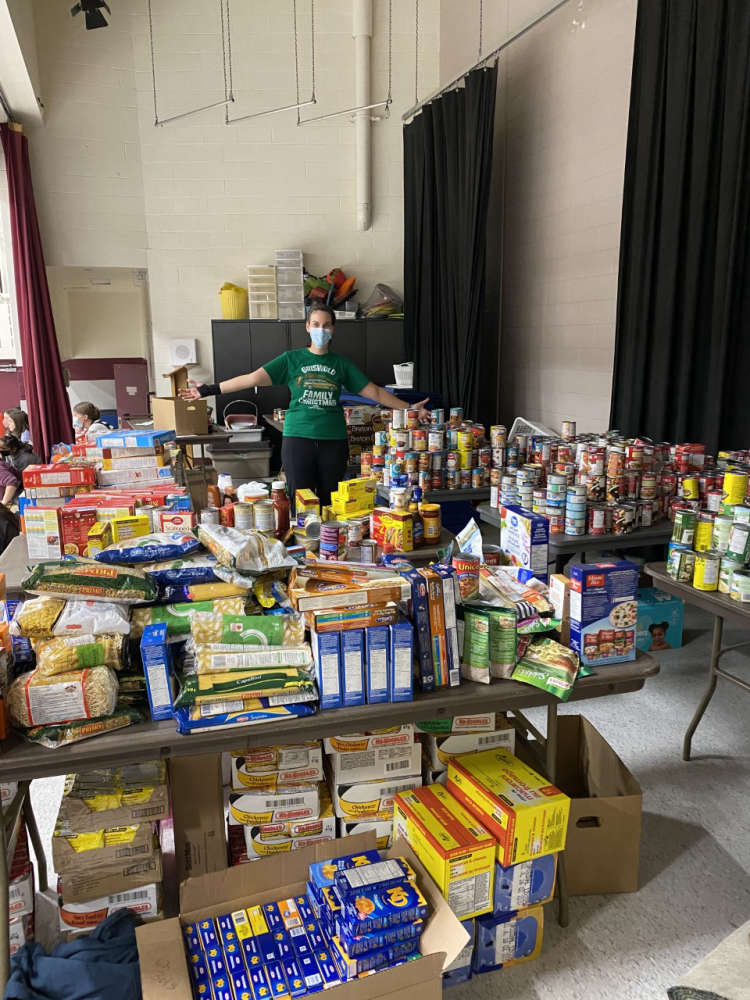 Staff and students at Central Public School in Woodstock collected over 3,000 non-perishable food items for the Salvation Army during a recent food drive.

WOODSTOCK - The staff and students at Central Public School are doing their part to help families in need over the holidays.

They recently had a food drive for the Salvation Army and Learning Support Teacher Heather McKinnon says it was a huge success.

"Our school has definitely grown a lot in the past year or two and that has definitely helped with our turnout. We were able to bring in over 3,000 canned good items. I think it was 3,092 to be exact."

The Woodstock school has over 500 students. Their food drive began on Monday November 29th and it wrapped up on Friday December 10th.

McKinnon says her colleague Erin Mayberry organizes the food drive every year and she makes it fun for everyone.

"For whatever classroom that could bring in the most canned good items, she would make a pinata for them to have the opportunity to smash open and get goodies out of. That was the motivation behind students bringing in all of these canned food items."

Mayberry is the Primary Prep Teacher for Central Public School.