Slash the Stigma Hockey Tournament Raises Over $29,000 for CMHA 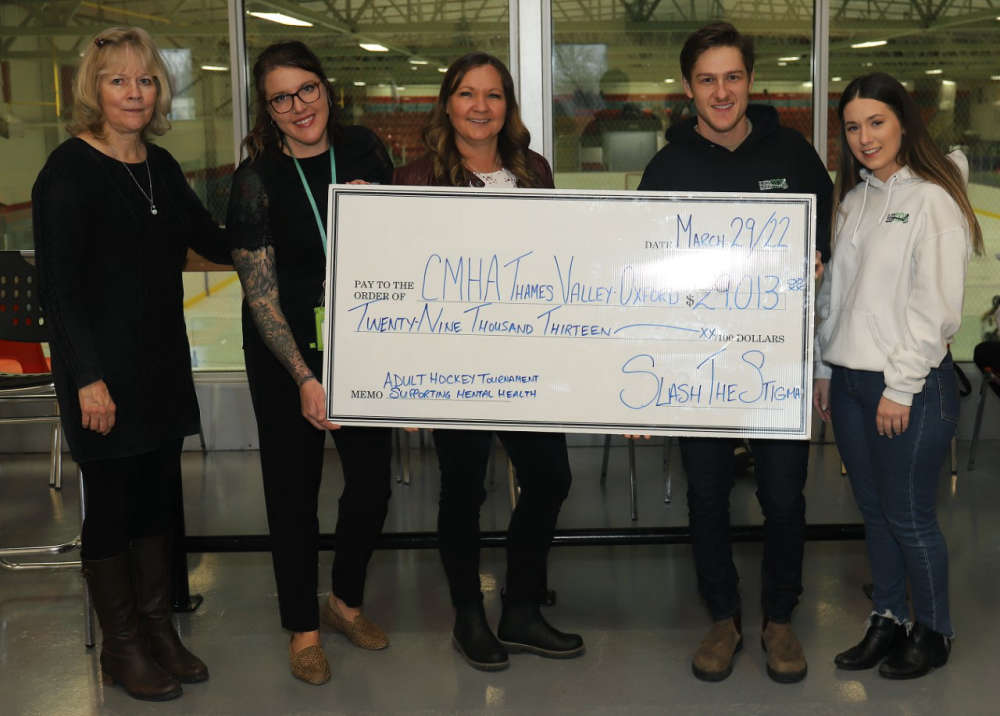 Kelsey Van Ymeren is hoping to turn the Slash the Stigma hockey tournament into an annual event, after the inaugural tournament raised over $29,000 for the Canadian Mental Health Association two weeks ago.

NORWICH - The first ever Slash the Stigma hockey tournament in Norwich was a huge success, raising $29,013 for the Canadian Mental Health Association.

The adult tournament took over the Norwich Community Centre on March 18th, 19th and 20th. Organizer Kelsey Van Ymeren wanted to bring the community together and shine a light on mental health.

"The last two years were extremely hard on myself and the whole community. I feel like we needed something to bring everyone together and bring light to the conversation."

A total of 14 teams participated in the tournament with about 200 players representing two divisions.

Van Ymeren says lots of people also showed up to show their support for the players and the cause.

"It was awesome! The Blue Line Room was packed with parents, kids, spouses and even just people from the community came out, watched and supported and had a good time."

Van Ymeren is hoping to turn this into an annual event.