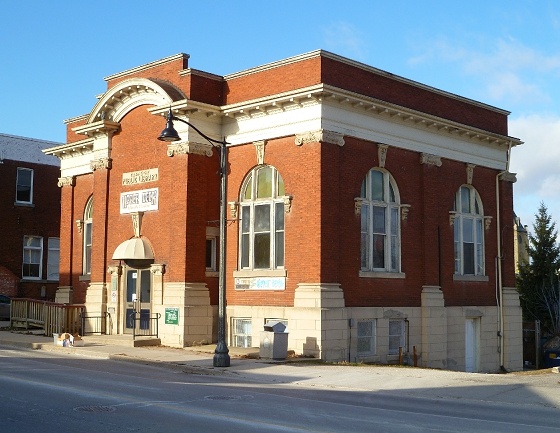 The Town of Ingersoll has a difficult decision to make after the ACO fell short of a lofty fundraising goal.

INGERSOLL - The future of the Carnegie Library is still up in the air.

The Architectural Conservatory of Ontario Ingersoll branch has been trying to keep the building intact after they had to kick out their tenants in 2014 due to liability issues. Those tenants were the Youth for Christ and Operation Sharing. ACO President Christina Eus tells Heart FM ACO has been working with the Town to try to save the old library ever since.

"Last march in an effort to show that the community was interested in saving the building, the ACO entered into a memorandum of understanding with the Town to save the building. The memorandum of understanding implied that the ACO had one year to fulfill a fundraising goal of $50,000 in order to take possession of the building and proceed with further updates and anything else in regards to saving the building. We did several fundraisers over that one year and we were unable to fulfill the $50,000 goal."