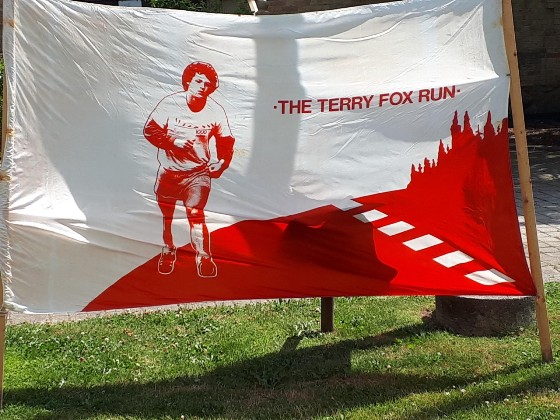 Despite facing many new challenges associated with the pandemic, the community still rallied to raise over $20,000 at the virtual Terry Fox Run on Sunday in Woodstock.

WOODSTOCK - The virtual Terry Fox Run in Woodstock raised over $20,000 on Sunday.

Numbers are still be tallied, so the actual amount could end up being even higher. Organizer John Versaevel says all in all, they thrilled with the total this year.

"A huge thank you to Woodstock. Charities this year have had a hard time fundraising, and Woodstock I believe came through as well as we could. We had great local support from Todd's Dogs, Two Guys and a Whisk, Beantown Coffee and the Ag society who let us set up at the Farmer's Market. So we had great community support, people remember Terry, they support Terry and his legacy, the biggest takeaway for us this year with COVID is that, things will carry on and support for Terry will carry on."

Versaevel admits he has never faced a challenge quite like this one getting everything together during the pandemic.

"Obviously with the loss of large in person gatherings such as Streetfest or even our campaign kickoff, that cut into what we would would normally be taking in and we people less inclined to be out in public for our events like the Farmers Market, which has been a great resource for us but with people less inclined to go into public it cut into what we would normally raise for in person donations, it got better towards the end but early on, it was a real challenge."

He hopes they will be back to full speed next year with the full in person event.